Champions Birkirkara and leaders Valletta shared the spoils in an entertaining 2-2 draw with the Citizens therefore maintaining a one-point lead over their rivals.

After the break, Birkirkara were a better side but Valletta could have extended the lead after being awarded a penalty. The penalty was saved by Manuel Bartolo and the Stripes notched the equaliser late in the game.

Scottish goalkeeper Michael Fraser, in fact, started on the bench for Birkirkara. They welcomed back defender Nikola Vukanac after serving a three-match ban. However they were unlucky to lose two players injured in the first half-hour – Shaun Bajada and Rowen Muscat.

For Valletta, Roderick Briffa was back after missing the last game due to an injury but Gilbert Agius and Kenneth Scicluna were both unavailable.

The Citizens had the first attempt at goal after just one minute with Manuel Bartolo performing a good save on Terence Scerri. Two minutes later, a Denni effort from outside the area ended high. A shot from the edge of the area by Omonigho Temile was tipped into a corner by the Birkirkara custodian on the 9th.

Valletta continued to hold the initiative going close with a close-range effort by Terence Scerri which was parried by Bartolo on 17 minutes. Two minutes later the Birkirkara goalkeeper rushed to the edge of the area to block a Terence Scerri effort.

Birkirkara managed to take the lead on 24 minutes when off a through pass by Michael Galea, Trevor Cilia managed to beat Andrew Hogg with a low shot from the right.

However Valletta restored equilibrium three minutes later when Kevin Sammut received a pass on the right, just outside the area, and unleashed a powerful shot which beat the Birkirkara goalkeeper.

On 31 minutes, Manuel Bartolo was prominent once again with a fine save on a powerful drive by Denni.

Valletta took the lead six minutes from the end of the first half when off a Kevin Sammut freekick from the right, the ball reached Jamie Pace who slammed the ball home from close range.

The Citizens kept pushing for more and a diagonal shot by Terence Scerri scraped past the post on 44 minutes.

After a quiet start for the second half, Birkirakra went close on 63 mnutes with a shot from outside the area by Trevor Cilia which was paried in two attempts by Andrew Hogg.

Valetta had the opportunity to increase the lead on 66 minutes when they were awarded a penalty after Denni was brought down inside the area by Paul Fenech. However the Brazilian midfielder’s effort from the penalty spot was neutralised by Bartolo.

On 72 minutes, substitute Simon Zahra entered the penalty and lobbed the ball over Hogg but missed the target. Kevin Sammut released Terence Scerri on the right and off the latter’s cross, there was a short clearance with the ball reaching Roderick Briffa whose low shot was parried by Bartolo.

Birkirkara levelled matters ten minutes from time when Michael Galea served Trevor Cilia on the right and with a brilliant rising shot, the latter managed to beat goalkeeper Andrew Hogg. 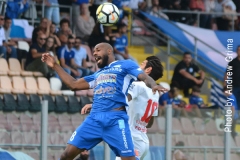 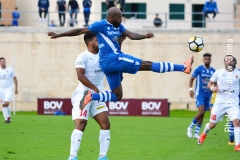 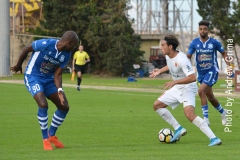 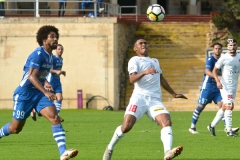 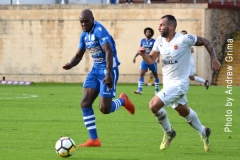 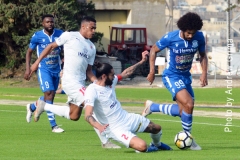 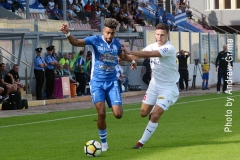 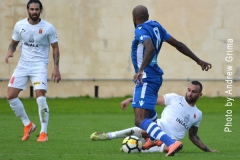