A goal by American striker Michael Mecerod in added time gave Floriana a dramatic 1-0 win over Qormi. A win which puts them in joint-second place together with Hamrun, one point behind leaders Valletta.

Ironically Qormi held the initiative throughout the ninety minutes but the Greens had their fair share of scoring opportunities thanks to which they could have scored earlier.

Floriana had the first attempt at goal after eight minutes with a Clyde Borg freekick from which Christian Caruana headed just wide. Qormi replied with a cross by Abubakar Bello-Osagie from which Kosta Bjedov’s fine header ended just wide on the 10th.

On the 22nd minute, a header by Vinicius Da Silva, off a Ben Camilleri cross from the right, was parried by Lofti Saidi.

One minute from the end of the first half, Bello-Osagie served substitute Matthew Bartolo on the right but the latter’s shot was blocked by a defender.

On 61 minutes, Qormi went close when off a cross by Matthew Bartolo from the right, Cleavon Frendo’s close range effort was blocked and off the rebound, Kang Hojung’s header was saved. On the other side of the pitch, Christian Caruana served Michael Mecerod who advanced upfield all alone before unleashing a powerful shot which ended just over the bar.

Abubakar Bello-Osagie had a powerful shot from the right hitting the upright on 68 minutes. Then off another cross by Matthew Bartolo, George Mallia failed to connect and Cleavon Frendo’s effort was blocked by Tyrone Farrugia.

The game seemed heading towards a goalless draw but four minutes in added time, substitute Michael Mecerod notched the winner when he received a cross by Christian Cassar from the right and beat goalkeeper Matthew Farrugia with a diagonal shot. 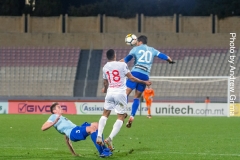 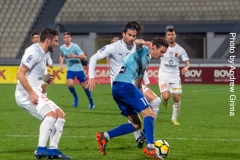 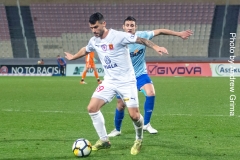 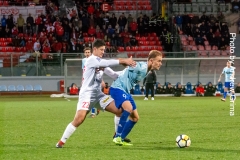 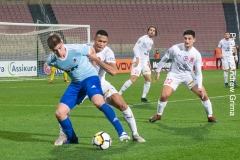 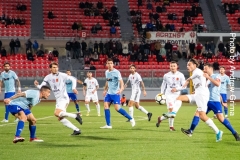 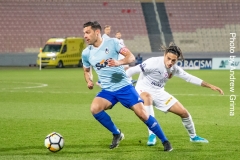 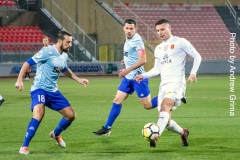 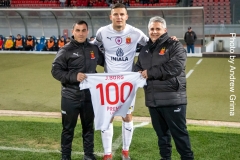