Valletta eliminated after being held in 1-1 draw

Valletta were eliminated from the UEFA Champions League after being held in a 1-1 draw by FK Kukësi in the second leg of the first qualifying round at the Centenary Stadium on Tuesday.

Therefore thanks to the away-goals rule, following the goalless draw in the first leg, Kukësi move on to the second qualifying round of the UEFA Champions League where they will be facing either Olimpija Ljubljana of Slovenia or FK Qarabağ of Azerbaijan while Valletta move to the UEFA Europa League second qualifying round where they would be facing the loser of the clash between Spartak Trnava of Slovakia and HŠK Zrinjski Mostar of Bosnia-Herzegovina.

Ironically Valletta had the lion’s share of ball possession, winning no less than eleven corners as opposed to the one for the visitors but they failed to convert their superiority into goals.

Coach Danilo Doncic made no changes to the line-up, opting for a 4-1-4-1 formation.

Valletta continued to hold the initiative and after a Santiago Malano effort was blocked into a corner, Rowen Muscat went close following a cross by Raed Ibrahim Saleh from the right three minutes from the end of the first half.

Nine minutes in the second half, Santiago Malano exchanged the ball with Mario Fontanella but the Argentinian’s effort ended just wide.

Valletta finally managed to break the deadlock on the 67th minut thanks to Santiago Malano whose fine first-time effort, when served by Zerafa, gave goalkeeper Stivi Frahseri no chance.

However six minutes from time, the visitors levelled matters when off a cross from the left, Irakli Dzaria tapped the ball home from close range. 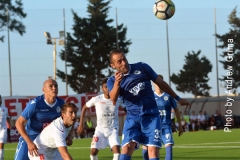 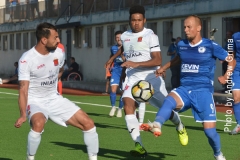 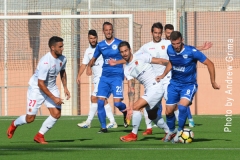 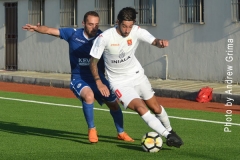 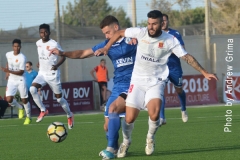 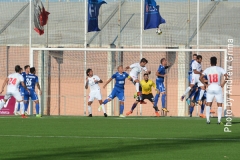