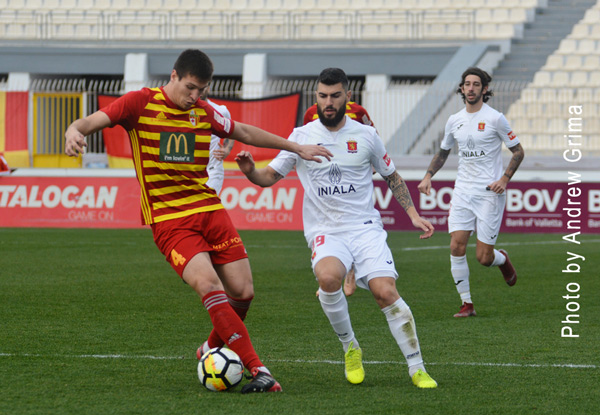 Valletta scored twice in the second half to beat rivals Birkirkara 2-0 at the National Stadium on Sunday. A win which enables them to re-join Hibernians on top the BOV Premier League table.

For Birkirkara, this was the first defeat following a series of five positive results. They remain fifth on 28 points, nine behind the two joint-leaders, five behind Gżira and two behind Ħamrun.

Both sides had one change from their last league outing as Steve Borg replaced Jonathan Caruana for Valletta and Jorginho was preferred to Luke Montebello for Birkirkara.

Valletta were unlucky not to take the lead on the 18th minute when off an assist by Mario Fontanella from the right, Bojan Kaljevic’s powerful shot from close range hit the upright.

The Citizens managed to break the deadlock on the 61st minute when Miguel Angel Alba’s freekick from the left was not held by Naumovski and Santiago Malano placed the ball at the back of the net with a low shot.

Two minutes in added time, Valletta sealed the issue with a second goal thanks to a great freekick by substitute Bogdan Gavrila which gave goalkeeper Naumovski no chance.