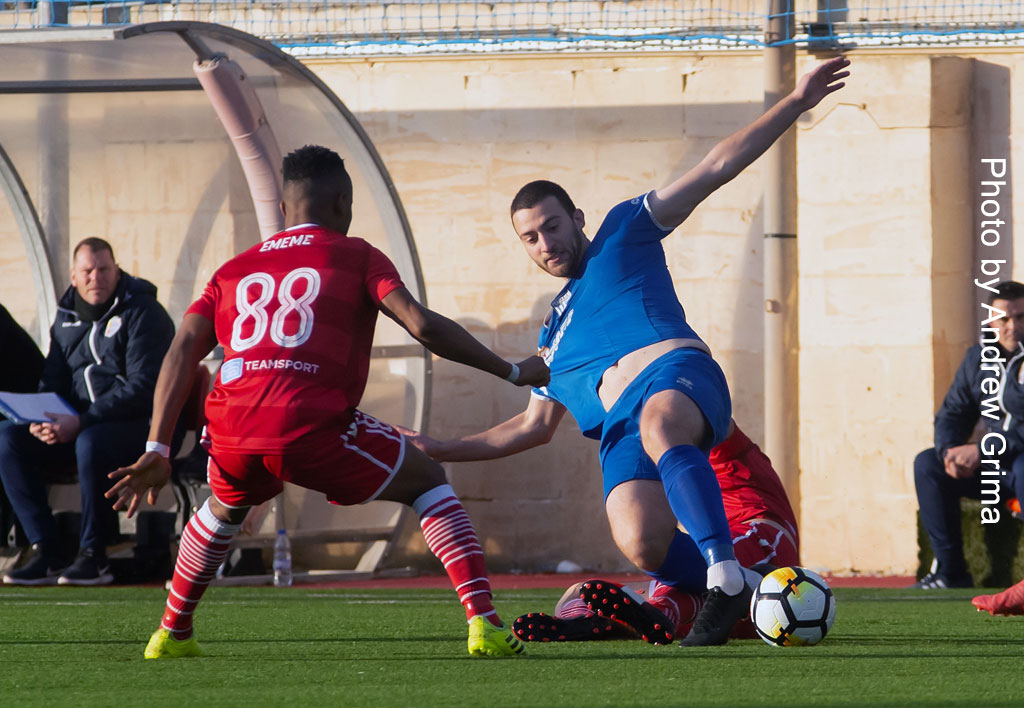 Mosta claimed another three important points in their bid to steer away from the danger zone as they defeated Tarxien Rainbows 5-2 at the Centenary Stadium on Saturday.

The Blues now move seventh thanks to this second win in four days after the narrow win over Gudja on Wednesday.

For the Rainbows, this was the thirteenth defeat in fourteen matches after they collected their first point in their last outing against Senglea.

Tarxien took the lead on the 9th minute when off a freekick by Thomas Veronese from the left, Daniel Zerafa served Matthew Tabone who hit home from close range.

Zachary Brincat equalised on the 17th when he received a through pass and advanced before hitting home past goalkeeper Matthew Towns.

Six minutes later, Dexter Xuereb made it 2-1 for Mosta thanks to a direct freekick which ended in the top left corner.

Aleksa Andrejic levelled matters on the 32nd minute after concluding a good move on the left with a rising shot which stunned the Mosta goalkeeper.

However one minute from the end of the first half, Zachary Brincat made it 3-2 when he hit home after an assist by Dexter Xuereb, served by Matias Muchardi.

Four minutes in the second half, Mosta scored a fourth goal thanks to Weverton Gomes, served on the right by Zachary Brincat, who beat the Tarxien goalkeeper.

Four minutes later, Weverton Gomes added another thanks to a well-placed shot from the right.

This site uses Akismet to reduce spam. Learn how your comment data is processed.