Phase Two of the Futsal Festival for Schools 2009-2010, was held between Monday 1st to Thursday 4th March, with the first three days being dedicated to the 40 Primary schools while Thursday was reserved for the Secondary Schools.

The Festival was held at the Centenary Stadium, Ta’ Qali, which provides the ideal setting for our young aspiring footballers to show their talents in an atmosphere of enjoyment. There were simultaneous matches played on four pitches across the width of the artificial grass playing area at the Stadium, with a programme being drawn up which included the presence of Futsal national team players and regional coaches.

This year the Festival, organised by the Malta Football Association (MFA) in conjunction with the Sports Promotion Unit (SPU) within the Kunsill Malti ghall-Isport (KMS), has had a greater representation from Primary Schools than last year.

While the first phase was geared towards being as inclusive as possible in terms of participation by all schoolchildren, the second and third phases of the tournament are more selective, with an element of competition between schools and colleges.

This school-based festival, run by the MFA and the Ministry of Sport, Youth and Culture, is aimed at activating enthusiasm and a love for sport amongst youngsters within an environment of fun and enjoyment.

This season the Festival also featured training sessions held by Vic Hermans, National Team Futsal Coach, for a group of boys from St. Margaret College Boys Secondary School. These boys form part of a scheme called “Learning Zone”, particularly dealing with children with difficult attitude and social behaviour, which very often causes them to be emarginated. Thanks to this scheme these students have various activities organised, such as arts, drama and sport activities amongst others, and as a result, every fortnight their co-ordinator sets up a sports-related programme at the KMS sports complexes.

St. Margaret College Boys Secondary school was due to participate straightaway in Phase Three since they were the automatic representatives of their college. Consequently, their SPU coordinator and the MFA agreed to set up a pitch for them during the festival. These boys were then coached by Vic Hermans himself, who organised games and ran training sessions for them throughout the morning.

The third and final phase will see the participation of the qualified teams representing their College. The dates for this last phase are still to be advised. 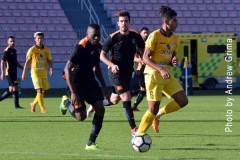 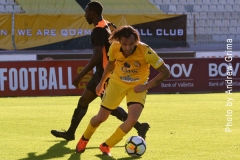 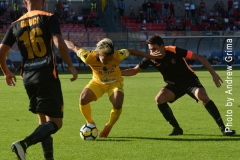 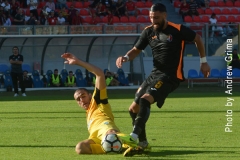 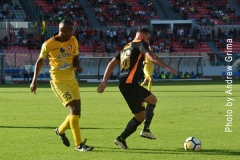 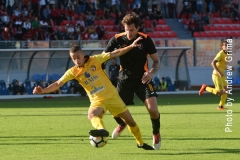