The Under-21 side shared the spoils in a goalless draw with Cyprus in a friendly match at the National Stadium on Sunday. The game was part of the local side’s preparation ahead of the UEFA Under-21 Championship qualifier against Ukraine later this month.

Edwin Camilleri could not count on a number of players who will be in action in the U*BET FA Trophy semi-finals on Monday and Tuesday.

Goal-mouth action was rather rare with only a handful of shots at goal throughout the ninety minutes.

Mark Scerri was unlucky not to put Malta ahead on 43 minutes as he hit the crossbar with a direct freekick. On 56 minutes, another shot by the Sliema midfielder was blocked and off the rebound, Karl Pulo’s effort was parried by the Cypriot goalkeeper.

The Maltese appealed for a penalty on 62 minutes when Karl Pulo seemed to be fouled inside the area by a defender but the referee waved play on.

Two minutes from time, the visitors had a long-distance shot which was neutralised by goalkeeper Henry Bonello and in added time, a Rowen Muscat effort ended just over the bar. 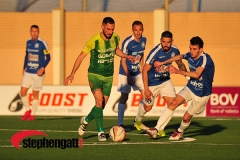 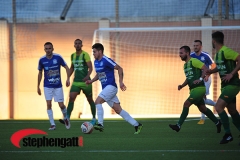 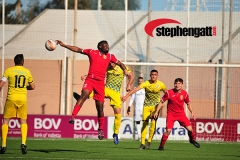 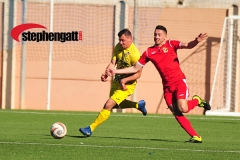 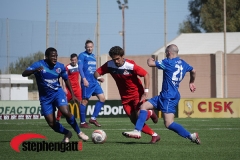 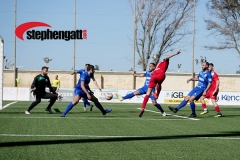