With a goal in each half, Tarxien Rainbows managed to claim another derby win over neighbours Hibernians 2-0 at the Hibs Stadium. A third successive win which enables them to move second on thirteen points.

The Rainbows deserved to take home the three points as they were definitely the best side throughout the ninety minutes although it was an unfortunate own goal which paved the way for victory. For Hibernians, it was yet another disappointing defeat and have now gone seven matches without a win, leaving them secnd from bottom in the table.

Everton Antonio Pereira was back for Noel Coleiro’s side after missing the last games but Daniel Mariano Bueno was retained on the bench as he is recovering from an injury.
Tarxien managed to take the lead on the 1st minute when off a clearance by Mario Muscat the ball bounced on Jonathan Pearson, going past the same Hibs goalkeeper for an own goal.

Seven minutes in the second half, Tarxien goalie David Cassar performed a good save on Paul McManus. On the other side of the pitch, Muscat anticipated Cristiano following a cross from the left by Orosco Anonam. A powerful shot by Justin Grioli ended just wide on 72 minutes. A minute later, Cristiano had a low shot from the edge of the area missing the target by a whisker.

The Rainbows doubled the score on 75 minutes when Ricardo Costa served Sergio Pacheco De Oliveira inside the area and the latter pulled to the left before hitting low past Muscat. 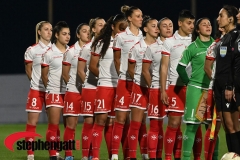 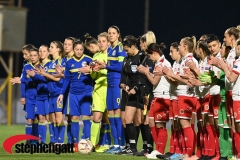 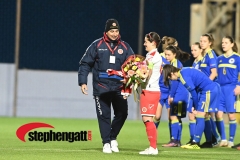 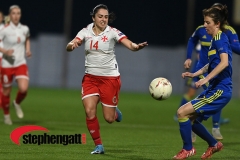 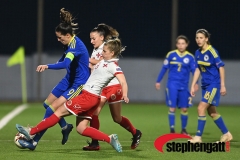 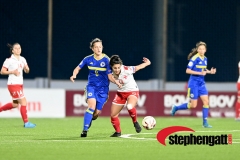 A goal by Ivan Woods condemned his former club Sliema Wanderers to a third successive defeat as Floriana returned to winning ways, beating them 1-0.

Three points which put the Greens in second place, four points behind leaders Valletta. The Wanderers remain third from bottom with eight points from eight matches.

Missing for Sliema were foreigners Jackson Lima and Obinna Obiefule and the injured Alex Muscat and Clayton Failla. Floriana, on the other hand, lacked Owen Bugeja.

The Greens managed to take the lead on the 5th minute when off a corner from the right, Ivan Woods hit past goalkeepers Viktor Szentpeteri.

The Blues replied with a powerful drive by Valdo Alhinho which was blocked in style by Lofti Saidi. Floriana went close once again with a Christian Caruana effort which ended just wide. A shot by Clyde Borg shot from outside the area was turned into a corner by the Sliema goalkeeper on 29 minutes.

Three minutes in the second half, Ryan Darmanin was unlucky to hit the crossbar with a close-range header off a corner from the right by Christian Cassar. A minute later, a shot from the left by Jean Pierre Mifsud Triganza was not held by goalkeeper Lofti Saidi but a defender cleared the ball into safety. A header by substitute Michael Mecerod was neutralised by Szentpeteri on 64 minutes.

Fifteen minutes from time, Jean Pierre Mifsud Triganza could have equalised but Saidi somehow managed to save.