Valletta were eliminated from the UEFA Europa League after suffering a 1-2 defeat to HSK Zrinjski in the second leg of the second qualifying round champions path. Zrinjski, who therefore qualify with a 3-2 aggregate score, face Ludogorets Razgrad of Bulgaria in the third qualifying round.

This was the first defeat for the Citizens after three draws in the first three matches, including last week’s 1-1 draw in Mostar, and what was truly disappointing was the fact that they failed to take advantage of the dismissal of a Zrinjski player early in the second half, failing to impose themselves on their opponents.

Valletta had one change from the team which drew in Mostar as Romanian winger Bogdan Gavrila was handed his first start, replacing Kyrian Nwoko. Enmy Pena Beltre was retained on the substitutes’ bench as he was not fully fit.

The two teams shared the exchanges for long stretches during the first half and Miguel Angel Alba had a good opportunity to put the Citizens ahead on the 24th minute but lobed the ball over the crossbar.

On the half-hour, Zrinjski took the lead thanks to a powerful drive by Hrvoje Barisic which gave goalkeeper Henry Bonello no chance as the ball ended in the top right corner.

Three minutes later, Mario Fontanella tried his luck with a shot from the left which was parried by Soldo. One minute from the end of the first half, Zerafa released Piciollo on the left but the latter’s diagonal shot scraped past the post.

Four minutes in the second half, Santiago Malano tested the Zrinjski goalkeeper with a shot from following a cross from the left by Rowen Muscat.

Hardly a minute later, the visitors were reduced to ten men after Marin Galic received a second yellow card for hitting Piciollo with the elbow.

The Citizens seemed to have taken advantage and equalised on the 56th minute thanks to Steve Borg who received a cross by Bogdan Gavrila and slotted past Soldo with a first-time effort.

However Zrinjski regained the lead on the 66th minute thanks to a low Milos Filipovic effort from the right which beat Henry Bonello.

Filipovic could have added another on the 81st minute when he entered the penalty area but hit just wide when all alone in front of the goalkeeper. 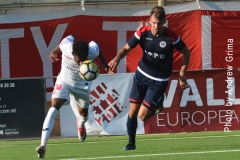 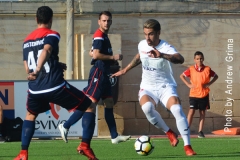 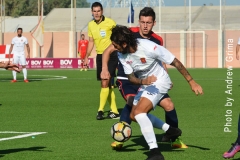 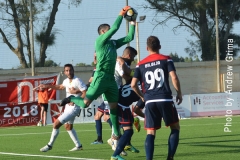 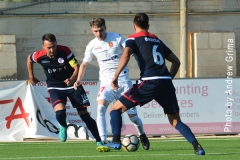 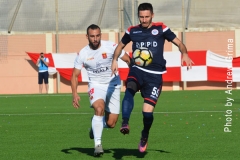