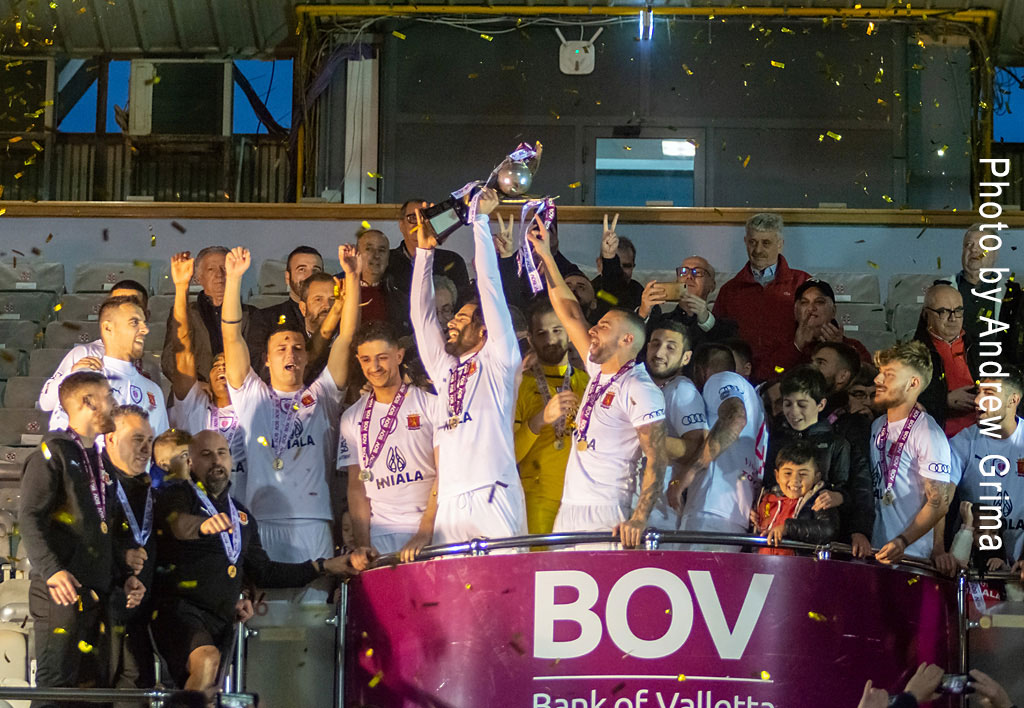 Champions Valletta came from behind to beat FA Trophy winners Balzan 2-1 to win the BOV Super Cup. This was the thirteenth Super Cup success for the Citizens.

It was therefore a fitting finale for quite a successful 2019 for Valletta after they won the BOV Premier League championship in May following a most dramatic finale and losing on penalties to Balzan in the FA Trophy.

Valletta coach Darren Abdilla opted for three changes from the team which defeated Hamrun as Ryan Camilleri, Nicholas Pulis and Kyrian Nwoko replaced Jonathan Caruana, Irakli Dzaria and Kevin Tulimieri. On the other hand, for Balzan, Steve Bezzina and Ricardo Calixto Correa were preferred to Michael Johnson and Stefan Dimic.

The Citizens held the initiative in the early stages and on the 8th minute, Nwoko failed to connect from close range following an assist by Zerafa from the left. Five minutes later, a powerful drive by Nicholas Pulis was tipped into a corner by Naumovski.

On the 32nd minute, Correa received a through ball on the left but his conclusion from inside the area was saved by Bonello.

Two minutes later, Balzan took the lead. Ricardo Calixto Correa sent Uros Ljubomirac through on the left and the latter pulled to a more central position just inside the area before hitting low past Bonello.

Valletta replied with a cross from the right by Fontanella which was neutralised by Naumovski.

Three minutes in the second half, Valletta levelled matters through Mario Fontanella who exchanged the ball with Nicholas Pulis on the left before beating Nuamovksi with a fine curling shot.

Balzan replied with a cross shot from the left by Steve Pisani which was parried by Bonello two minutes later.

The Citizens went 2-1 ahead on 59 minutes when off a cross from the left by Joseph Zerafa, Kyrian Nwoko chested the ball down and with a great volley, the ball hit the underside of the crossbar before ending at the back of the net.

Balzan coach Jacques Scerri replaced Steve Bezzina with Luke Montebello – a defender with a striker as the FA Trophy winners tried to push for the equaliser. However this move still did not have the desired effect as Valletta controlled their opponents without particular difficulty to take the Super Cup home.