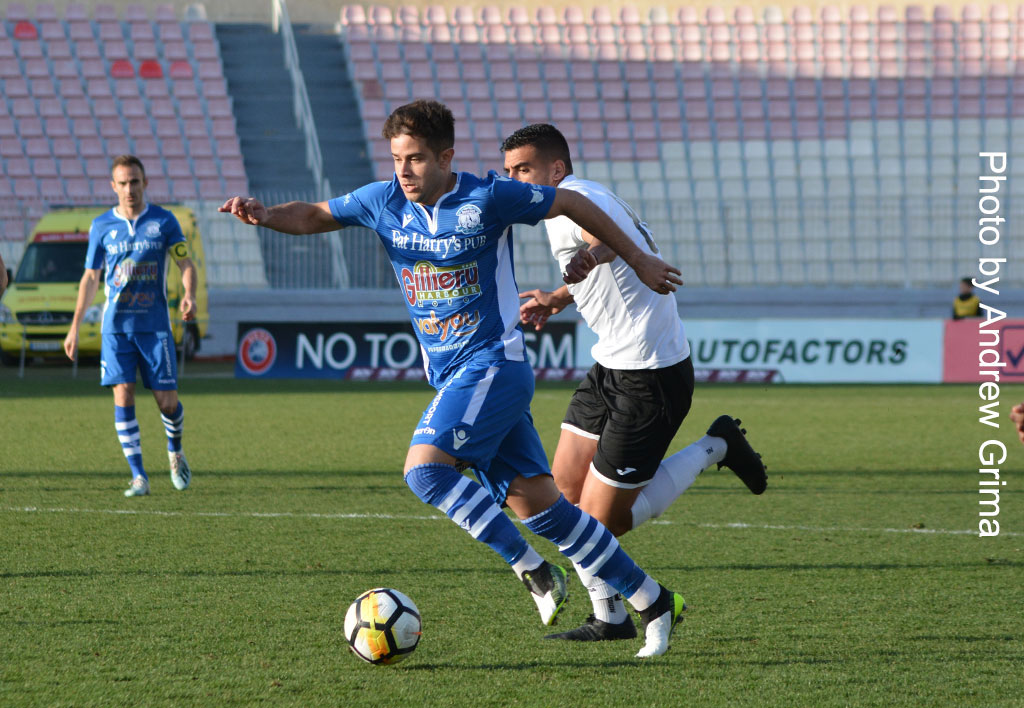 Sirens leapfrogged Hibernians into third place as they scored twice in the second half to register a 2-0 win at the National Stadium on Sunday.

The St. Paul’s Bay side are now third on 31 points, one point behind Valletta and three behind leaders Floriana.

For the Paolites, this was the first defeat after a fine run of eight positive results. They now lie in fourth place, one point behind Sirens.

Imanol Iriberri went close to putting the Paolites ahead on the 4th minute but David Cassar blocked his attempt on the goal line.

The main turning point, however, occurred on the 28th minute when Hibernians were reduced to ten men after Joseph Mbong received a second yellow card for a late tackle.

Sirens managed to break the deadlock thirteen minutes in the second half when off a cross by Thiago Espindola de Paula from the left, Wellington de Oliveira headed the ball home past goalkeeper Marko Jovicic.

On the 73rd minute, Sirens doubled the score when Ricardo Silva Faria advanced on the left and exchanged the ball with Sergio Raphael dos Anjos before slotting the ball past the Hibernians custodian.