Michael Mifsud was on target for Malta but also had a penalty saved by the goalkeeper as Finland came from behind to beat Malta 2-1 in a friendly match at the National Stadium on Wednesday.

The Maltese showed better ideas during the first half, especially in the first thirty minutes. However after the break, the visitors held the initiative and managed to score twice to turn the score in their favour.

The locals had the first attempt at goal after just two minutes with a Ryan Fenech freekick from the right ending just wide. On the 10th, a header by Daniel Bogdanovic, off a cross by Roderick Briffa from the right, was parried by goalkeeper Peter Enckelman.

Finland went close to taking the lead on 12 minutes with a header which was cleared off the goal line by Andrei Agius aided by the crossbar. Then in a swift counter-attack for Malta, Michael Mifsud was floored inside the area by Veli Lampi. Referee Marco Bergonzi ordered a penalty but Michael Mifsud’s effort was neutralised by the Finnish goalie.

However Malta still managed to take the lead on 17 minutes when off a cross from the left by Andrew Cohen, Michael Mifsud hit low past Enckelman from close range.

The visitors replied with a Kasper Hämäläinen header, off a corner by veteran Jari Litmanen, which ended high on 27 minutes. Seven minutes later, Haber neutralised a clearance by Ryan Fenech which bounced on Hämäläinen.

On 39 minutes, Roni Porokara served Jonatan Johansson inside the goal area but the ball was cleared into safety. On the other side of the pitch, three minutes from the end of the first half, Roderick Briffa released Michael Mifsud on the right but the latter’s diagonal shot missed the target.

Four minutes in the second half, Veli Lampi tested Justin Haber with a fierce shot from the right. Four minutes later, Briffa released Bogdanovic on the right, the Barnsley striker entered the area but his angled shot was blocked by the Finnish goalkeeper.

On 66 minutes, Kasper Hämäläinen was floored by substitute Jonathan Caruana inside the area. The referee pointed to the penalty spot and Roman Eremenko made no mistake to restore equilibrium.

Three minutes later, Finland forged ahead when off a cross from the left by Jonatan Johansson, substitute Mika Vayrynen headed the ball home past goalkeeper Justin Haber.

In the remaining minutes, play was concentrated in midfield with neither side testing seriously the respective goalkeeper. 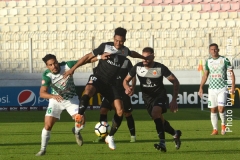 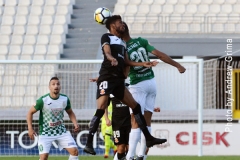 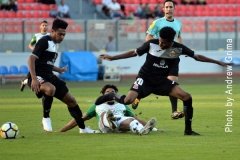 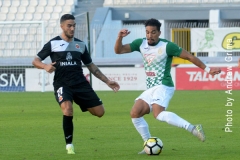 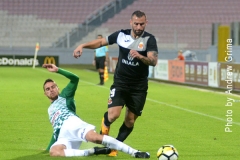 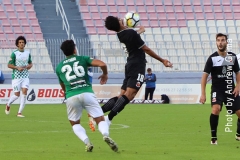