Three goals early in the second half enabled Valletta to return to winning ways as they defeated Qormi 3-0. A win which puts the Citizens on level points with Birkirkara. The Stripes, however, have a game in hand.

Making his debut for Valletta was Malta international striker Michael Mifsud who joined the club last week. Steve Borg and Njongo Priso were back after serving a one-match ban but Kenneth Scicluna was ruled out through suspension. Roderick Sammut was also suspended for Qormi

Valletta had the shot at goal after 24 minutes when Michael Mifsud released Steve Bezzina on the left and off the latter’s cross, Terence Scerri’s close range effort was blocked by Matthew Farrugia.

Just before half-time, Michael Mifsud had a good shot from inside the area deflected into a corner by Matthew Farrugia and from the resulting corner by Gilbert Agius, the Qormi custodian managed to neutralise.

The Citizens managed to break the deadlock three minutes in the second half thanks to a goal by Terence Scerri who scored from close range.

Two minutes later, Valletta doubled the score when Gilbert Agius concluded a solo effort with a powerful shot from outside the area which gave Matthew Farrugia no chance.

Michael Mifsud made it 3-0 on 57 minutes after receiving a cross from the right by Priso.

Qormi replied with two shots from outside the area by Massimo Grima on 71 and 77 minutes, the former scraping past the post and the latter ending wide. 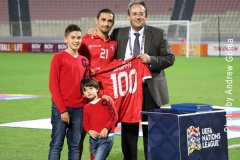 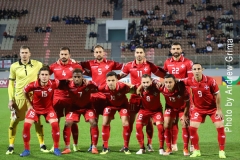 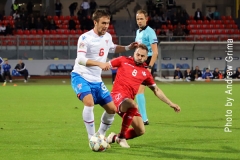 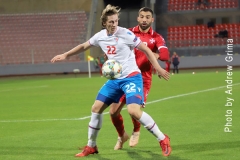 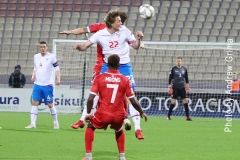 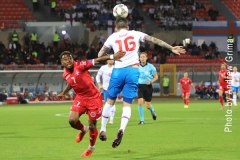 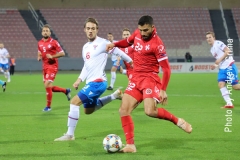 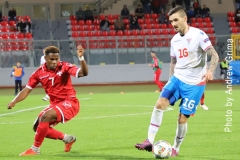 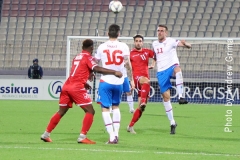 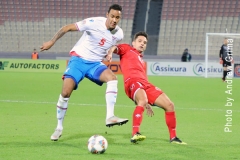 Meanwhile in the first game, a goal five minutes in added time by Jean Pierre Mifsud Triganza handed Sliema three precious points as they came from behind to beat Hibernians 2-1 and register a third successive win.

Sliema stay in third place, moving three points ahead of Qormi. For Hibernians, this was the third consecutive defeat which leaves them in fifth place.

The Wanderers had one change from the team which defeated Valletta as Jean Pierre Mifsud Triganza replaced the suspended Ivan Woods. Hibs, on the other hand, welcomed back Adrian Pulis, Christian Callejas, Andrew Cohena and Miguel Lopes De Pina but had to make a last-minute change to their line-up as Jonathan Caruana sustained an injury during warm-up. Ryan Camilleri was ruled out injured.

Hibernians had the first attempt at goal on 5 minutes when a shot from outside the area by Elton Morelato was parried by Simon Agius. Five minutes later, off a Triston Caruana corner from the right, Adrian Pulis headed high.

The Paolites managed to take the lead on 22 minutes when Ben Camilleri sent Miguel Lopes De Pina through on the right and with a diagonal shot, the Portuguese striker placed the ball at the back of the net.

The Wanderers were a more determined side after the break after after hardly a minute, Julio Alcorse went close for the Wanderers with a header following a cross by John Mintoff. Four minutes later, following a cross from the left by Josef Mifsud, Clayton Failla’s close-range header was somehow cleared off the goal-line after the ball hit the crossbar and was blocked by Muscat.

Sliema equalised on 53 minutes when off a cross from the right by Pedro Calcado, Jean Pierre Mifsud Triganza slammed the ball past goalkeeper Mario Muscat.

On the other side of the pitch, Elton Morelato missed a good chance when hitting high from inside the area three minutes later. Julio Alcorse had a low shot from inside the area blocked into a corner by Muscat on 67 minutes and from the resulting corner by Pedrinho, Muscat managed to block his attempt. A free kick by the same Brazilian midfielder ended high two minutes later.

On 83 minutes, Elton Morelato brought the best out of goalkeeper Simon Agius who neutralised his powerful drive from outside the area. Hibs goalie Mario Muscat performed another good save on the other side, neutralising Julio Alcorse’s long-distance effort.

Two minutes from time, a header by Alcorse was cleared off the goal line by Edward Herrera following a corner from the left and then a free kick from the left by Andrew Cohen was blocked by Simon Agius. One minute in added time, a great shot by Clayton Failla was turned into a corner by the Hibs custodian. 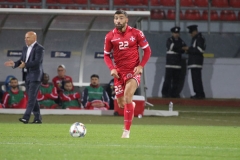 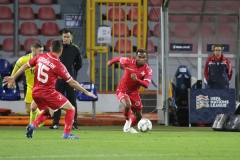 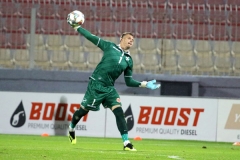 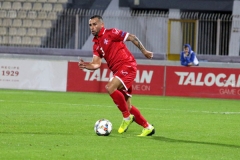 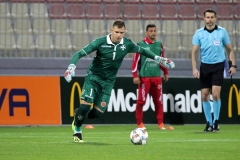 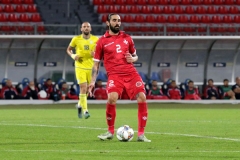 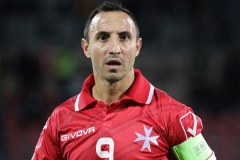 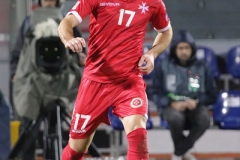 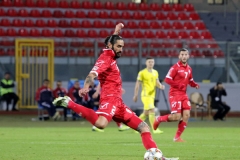 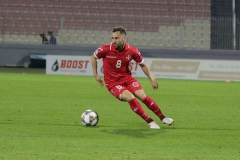