After missing out on the BOV Premier League title, Valletta finished off the season on a positive note as they won the U*BET FA Trophy, defeating Qormi 2-1. For the Citizens, this was the twelfth FA Trophy win and the second honour this season after winning the National League 100 Anniversary Cup last month.

This result also means that Valletta will be taking part in the UEFA Europa League as cup winner – possibly starting from the second qualifying round rather than the first.

Qormi’s chances of qualifying for the UEFA Europa League are not over yet as they will now face Sliema Wanderers in a decider for third place on Monday 31st. A decider which will also determine which team will be the third club to represent Malta in Europe this summer.

The Citizens showed greater determination during the first half, taking a well-deserved two-goal lead. However after missing a penalty, they allowed Qormi to reduce the gap through another penalty with the Yellows going all out in search of the equaliser in the dying minutes.

Valletta coach Ton Caanen welcomed back Edmond Agius and Gilbert Agius but still could not field his best formation due to absence of Steve Bezzina and Jamie Pace. Vince Carbonaro, on the other hand, had the full squad at his disposal with the return of Alfred Effiong from suspension.

The Citizens managed to take the lead on the 8th minute when off a perfect pass by Njongo Priso from the left, Michael Mifsud managed to beat Matthew Farrugia with a low diagonal shot.

Three minutes later, Camilo released Matthew Bartolo on the right inside the area but the latter’s effort was cleared into safety by Steve Borg. On the 12th minute, Terence Scerri failed to connect from close range off a cross by Roderick Briffa from the right. Three minutes later, Michael Mifsud managed to round three players inside the area but then lost possession when alone in front of the goalkeeper.

The Citizens doubled the score on 21 minutes when off a cross by Roderick Briffa from the right, Terence Scerri slammed the ball home past Farrugia.

On 33 minutes, Terence Scerri had a shot from close range blocked by the Qormi goalkeeper following a cross by Edmond Agius from the right and a minute later, Alfred Effiong tried his luck with a diagonal shot from the right which ended just wide.

Four minutes in the second half, off a Joseph Farrugia corner from the right, Alfred Effiong’s goal-bound header was cleared off the goal-line by Dyson Falzon.

A long-distance shot by Kevin Sammut was parried by Farrugia on 63 minutes.

On 64 minutes, Valletta were awarded a penalty after Stephen Wellman brought Njongo Priso down inside the area. However Priso’s effort from the penalty spot hit the crossbar.

Michael Mifsud went close with a diagonal shot from the right ending just wide on 76 minutes.

Qormi pulled one back on 78 minutes when they were awarded a penalty after Camilo was floored by Gilbert Agius. From the penalty spot, Camilo made no mistake.

In the remaining minutes, Qormi tried their best to notch the equaliser and force extra-time but the Valletta rear-guard managed to hold on until the final whistle. 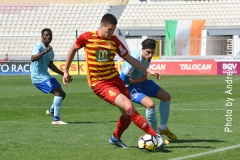 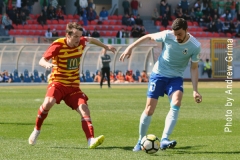 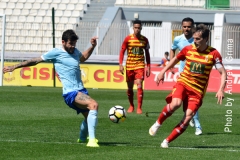 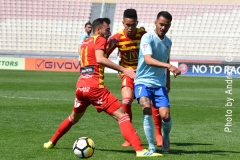 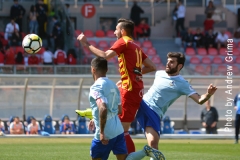 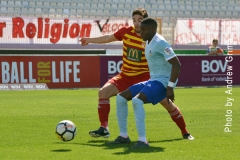