Sliema Wanderers claimed the first honour of the season – the Euro Cup – as they scored twice in the second half to beat Valletta 2-0.

The two teams shared the exchanges during the first half but after the break, the Blues showed better ideas and scored twice through two substitutes who were included for the beginning of the second half.

The Wanderers had Mark Scerri and Ivan Woods back in their starting line-up while former Hamrun Spartans striker Obinna Obiefule was included as a substitute. They lacked Josef Mifsud, Clayton Failla and Miguel Ciantar.

Valletta, on the other hand, had new Nigerian striker Omonigho Temile starting on the bench. Missing for the Citizens were Kenneth Scicluna, Jamie Pace and Gilbert Agius.

The first attempt at goal occurred on 16 minutes with a Kevin Sammut freekick ending just wide.

Seven minutes from the end of the first half, a rising shot by Dyson Falzon ended high while a minute later, Emiliano Lattes concluded a good move with a shot from the left which was parried by goalkeeper Andrew Hogg.

One minute in the second half, substitute Obinna Obiefule went close for Sliema with a header off a John Mintoff corner from the left.

The Wanderers managed to take the lead on 51 minutes when off a cross by Emiliano Lattes from the left, the ball reached substitute Valdo Alhinho whose shot from outside the area was slightly deflected by a defender to beat goalkeeper Andrew Hogg.

Terence Scerri tried his luck with a shot from outside the area which was neutralised by Viktor Szentpeteri on 64 minutes. Six minutes later, Omonigho Temile hit high from inside the area.

Sliema doubled the score on 77 minutes when substitute Obinna Obiefule received the ball just outside the area and with a fine rising shot, he managed to beat the Valletta custodian.

Three minutes from time, the Citizens went close to reducing the gap with a fine shot by Roderick Briffa from outside the area but Szentpeteri managed to turn the ball into a corner.

In added time, Obiefule had a shot from the right partially saved by Hogg with the ball being cleared into safety by a defender.

After the game, Sliema captain Ivan Woods was presented with the Euro Cup by MFA senior vice-president Carmelo Bartolo. 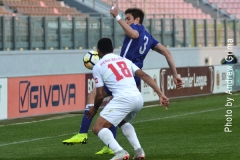 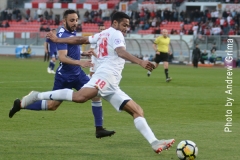 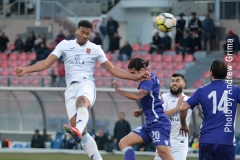 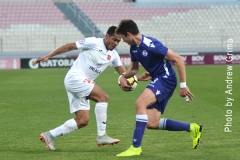 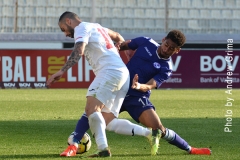 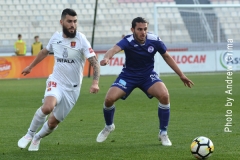 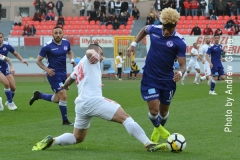 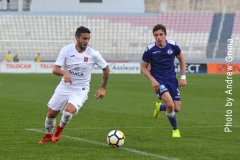