Malta suffered the second defeat in Group F of the EURO 2012 qualifiers, losing 0-2 to Latvia at the National Stadium on Tuesday.

The visitors were the better side during the first half, taking a well-deserved lead. Malta improved after the break, going close to equalising on various occasions but late in the game, Latvia secured the three points with a second goal to win their first points in the group.

John Buttigieg performed two changes from the team which lost 3-1 to Israel as he replaced Edward Herrera with Manny Muscat and Daniel Bogdanovic with Andrew Cohen.

The first attempt at goal occurred on 13 minutes when a direct freekick by Juris Laizans from the left hit the crossbar. Malta replied with a shot from inside the area by Michael Mifsud which was blocked by Latvian goalkeeper Andris Vanins.

Oskars Klava then tried his luck with a long-distance shot from the right which was neutralised by goalkeeper Andrew Hogg on 35 minutes. Two minutes later, the Maltese lost possession in midfield, Maris Verpakovskis advanced upfield serving Artjoms Rudnevs on the left but the latter’s shot was blocked by Gareth Sciberras into a corner.

Latvia managed to take the lead two minutes from the end of the first half when off a Aleksandars Cauna freekick from the right, Kaspars Gorkss managed to beat goalkeeper Andrew Hogg with a header from close range.

In added time, Maris Verpakovskis had a shot from the right partially saved by Hogg.

The Maltese appealed for a penalty on 65 minutes after Daniel Bogdanovic was apparently brought down inside the area. However referee Tony Asumaa cautioned Bogdanovic for simulation.

On the 70th, Malta had an excellent opportunity to level matters when off a corner from the left, Andrew Cohen served Bogdanovic whose close range shot hit the foot of the post before the ball was cleared into safety.

The locals now held the initiative and a powerful shot by Shaun Bajada from the left was parried by goalkeeper Vanins on 73 minutes. Substitute Ryan Fenech then tested the Latvian goalkeeper with a low shot from outside the area. On the 80th, a powerful drive by Bogdanovic scraped past the post.

However six minutes from time, Latvia sealed the issue when Maris Verpakovskis beat goalkeeper Andrew Hogg with a powerful shot from the right after entering the area and beating a defender. 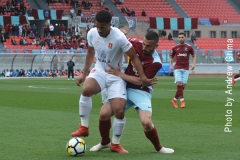 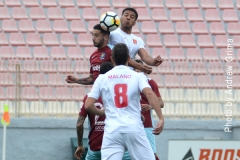 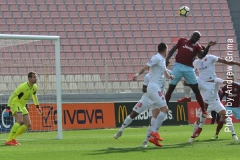 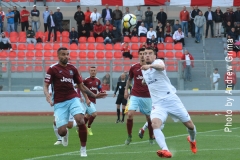 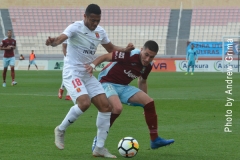 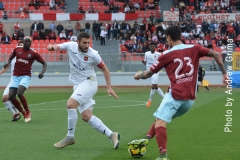 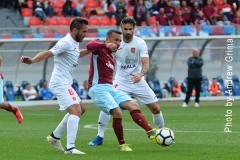