The Spartans were clearly the better side right from the start and although the Yellows managed to level the score, they were quick to regain the lead.

The Spartans took the lead on the 20th when Marcelo Pereira received a through pass on the left, the latter served Rupert Mangion whose low shot from the edge of the area beat goalkeeper Matthew Farrugia.

Scottish striker Dene Shields tried his luck with a shot from outside the area which was neutralised by Farrugia on 31 minutes.

A minute later, Qormi levelled matters, when off a cross by Ben Camilleri from the right, Kosta Bjedov left the ball for George Mallia to hit home from close range.

Shields went close for Hamrun once again with a low shot from the edge of the area on 39 minutes.

Two minutes from the end of the first half, the Spartans regained the lead when Gaetan Spiteri served Marcelo Pereira and the latter concluded a good run with a low shot which beat the Qormi goalkeeper.

Just before half-time, Shields had another good try from outside the area but Farrugia parried his attempt.

Hamrun continued where they had left and ten minutes in the second half, Ryan Fenech served Marcelo Pereira whose close range shot was blocked by the Qormi custodian. A low shot by Shields from inside the area ended just wide two minutes later. Roderick Fenech then headed just wide off a Rupert Mangion corner from the left on 68 minutes.

Four minutes from time, Kosta Bjedov could have reduced the gap with a powerful shot from outside the area but in added time, Marcelo Pereira had another good attempt for the Spartans.

Marcelo Pereira was voted BOV Player of the Match 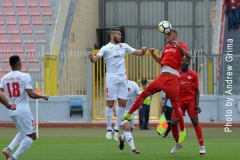 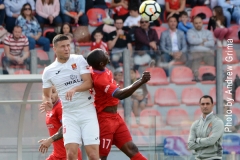 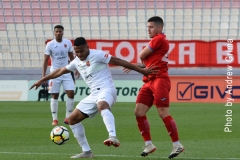 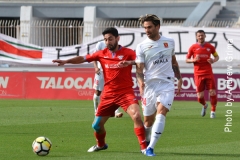 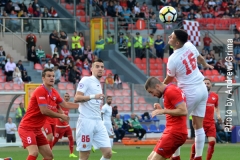 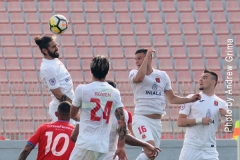 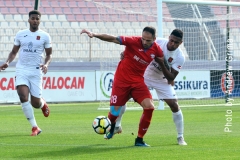 In the second match, Scottish striker Paul McManus scored twice for Hibernians as they registered a fine 3-1 win over Floriana.

It was a fine performance by the Paolites who definitely deserved to take home the three points. On the other hand, much more was expected from the Greens who had a rather disappointing outing although they were unlucky to hit the posts twice.

Hibernians had four new foreigners in their starting line-up, namely Matt Clarke, Richie Hart, Zoran Levnaic and Paul McManus. The Greens, on the other hand, had several new faces in their squad. Foreigners Lofti Saidi, Ivailo Sokolov and Kiril Dzhorov were named in the starting line-up along with new signings Tyrone Farrugia and Ivan Woods and other players who were returning with the club including Duncan Pisani, Mark Gauci and Manolito Micallef.

Mark Miller’s side held the initiative right from the start, going close on the 8th with an Andrew Cohen effort which was saved by goalkeeper Lofti Saidi. Four minutes later, off a Cohen freekick from the right, Paul McManus headed the ball wide from an ideal position. On the 16th, following a cross by Adrian Pulis from the left, a header by McManus was saved by Saidi.

Three minutes later the Paolites doubled the score when a shot by Triston Caruana was partially saved by Lofti Saidi and off the rebound, Paul McManus placed the ball at the back of the net.

Just before the break, an Edward Herrera effort was neutralised by Saidi.

Five minutes in the second half, Floriana were unlucky not to reduce the gap as Ryan Darmanin’s fine effort hit the woodwork with Mario Muscat beaten.

The Paolites increased the lead on the 55th minute when off a cross from the right, Triston Caruana hit low past the Tunisian goalkeeper to make it 3-0.

Substitute Joseph Borg hit the crossbar for Floriana on 63 minutes. Ten minutes later, following a good run, Paul McManus exchanged the ball with Zoran Levanic, before trying his luck with an angeled shot which was turned into a corner by Saidi. On the 77th, a cross shot from the left by Mark Gauci for Floriana was turned into a corner by Mario Muscat.

Floriana pulled one back two minutes from time when a shot by substitute Michael Mecerod was partially saved by Mario Muscat and off the rebound, Ryan Darmanin slammed the ball home.

Paul McManus was voted BOV Player of the Match. 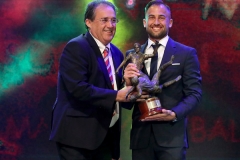 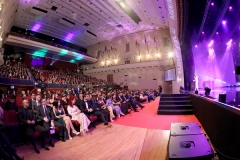 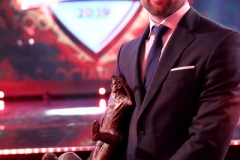