Tarxien Rainbows and Marsaxlokk earned a point each as they shared the spoils in a goalless draw – the first draw of the season.

The two teams shared the exchanges throughout the ninety minutes and all in all, a draw was a fair result.

The Rainbows had a first attempt at goal after just one minute with a Gianluca Calabretta effort which was cleared into safety by Emil Yanchev. On the other side of the pitch, Julio Alcorse headed high off a cross from the right by Ruben Guerreiro on 25 minutes. Six minutes from the end of the first half, an acrobatic shot by Julio Alcorse was neutralised by Anthony Curmi.

On the hour, Sergio Pacheco De Oliveira had a shot from close range partially saved by Reuben Gauci. Off the rebound, Cristiano Dos Santos Rodrigues placed the ball at the back of the net but the goal was disallowed for an offside. Marsaxlokk replied with a Martin Deanov effort from outside the area ending wide.

Julio Alcorse then tried his luck with a powerful shot from outside the area on 77 minutes following a good run on the right flank which however ended wide. Ten minutes later, Cristiano Dos Santos Rodrigues missed a good opportunity for Tarxien when he had a good shot blocked by Reuben Gauci when alone in front of the goalkeeper.

One minute from time, an angled shot by Julio Alcorse was deflected by Orosco Anonam to hit the upright but the ball was then cleared into safety.

no images were found

The Stars gave a very good account of themselves especially with Brazilian duo Carlos Campagnoli and Edison Luis Dos Santos leaving a very good impression. However the dismissal of Compagnoli played an important part in the newly-promoted side’s downfall late in the game.

Valletta managed to take the lead after just one minute when Omonigho Temile concluded a good run on the right flank with a cross from which Kevin Sammut placed the ball at the back of the net.

The Stars replied with a cross by Stephen Wellman from which Edison Luis Dos Santos headed high on 11 minutes. On the other side of the pitch, Ian Azzopardi served Gilbert Agius whose conclusion ended wide three minutes later.

On 16 minutes, Jamie Pace tried his luck with a fierce shot from outside the area but was denied by the upright. Edison Luis Dos Santos then concluded a solo effort with a shot ending wide on 25 minutes.

On the half-hour, a shot from outside the area by Denni Rocha Dos Santos ended just wide. A minute later, on the other side of the pitch, Carlos Campagnoli served Anthony Ewurum on the left and the latter’s close-range effort was parried by Hogg.

Twelve minutes in the second half, Stephen Wellman managed to turn the ball into a corner following an inviting pass by Omonigho Temile from the right. Two minutes later, off a Edison Luis Dos Santos freekick from the right, Carlos Campagnoli headed just over the bar.

The Stars received a major setback on 64 minutes when Brazilian midfielder Carlos Campagnoli was sent off for a foul in midfield after receiving a yellow card earlier in the game.

Substitute Ian Zammit entered the penalty area from the right on 78 minutes but his conclusion was blocked by Wellman.

Three minutes later, Zammit was not to be denied as his direct freekick from the left beat goalkeeper Simon Agius for Valletta’s second goal.

Valletta sealed the issue with a third goal two minutes from time when a cross from the right by Denni Rocha Dos Santos was partially saved by Simon Agius and Dyson Falzon slammed the ball home.

Jamie Pace was voted BOV Player of the Match. 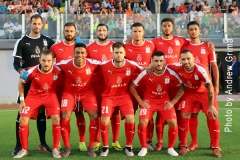 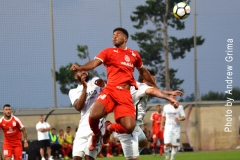 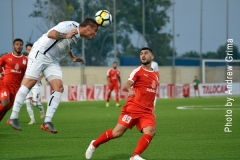 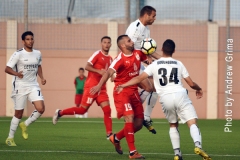 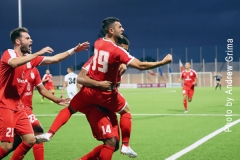 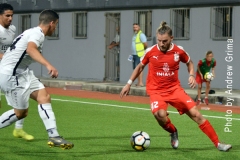 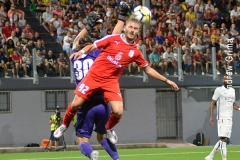 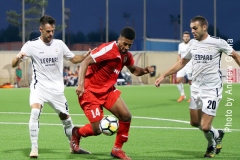