Despite lacking six players due to injuries and suspensions, champions Birkirkara had a positive start as they came from behind to beat Sliema Wanderers 4-1.

The Blues were off to a perfect start, taking an early lead but once they equalised, the Stripes never looked back and turned the score in their favour with two goals by the end of the first half, adding another after the break.

They had Scottish midfielder Ryan Harding, Maltese-Australian midfielder Simon Zahra, Under-21 international Terence Vella and goalkeeper Manuel Bartolo making their debut while Ezequiel Lovizon, Andrew Decesare and Emiliano Lattes were making their first league appearance after playing for the Stripes in the Euro Cup or the Super Cup.

The Wanderers held the initiative early in the game, going close on the 3rd when off a Clayton Failla corner from the left, a goal-bound header by Josef Mifsud was cleared off the goal-line by Trevor Cilia.

Sliema managed to take the lead on 12 minutes when off a swift counter-attack, Obinna Obiefule served Jackson Lima Sequeira on the left and the latter beat goalkeeper Manuel Bartolo.

Birkirkara levelled matters on 28 minutes when Sekou Tidiane Souare handled the ball inside the area following a cross by Trevor Cilia from the right. Referee Marco Borg ordered a penalty and Michael Galea made no mistake from the penalty spot.

An angled shot by John Mintoff from the right ended just wide on 31 minutes. Three minutes later, a fine shot by Cilia was blocked by Szentpeteri and off the rebound, the ball reached Angus Buhagiar whose powerful shot from outside the area was turned into a corner by the Hungarian goalkeeper.

The Stripes took the 36 minutes when they were awarded a freekick. The attempt by Emiliano Lattes was partially saved by Szentpeteri and off the rebound, Michael Galea hit home from close range.

A direct freekick by Lattes three minutes from the end of the first half scraped past the post after a good solo run by Trevor Cilia was halted by Mark Scerri just outside the area.

Five minutes in added time, Birkirkara increased the lead when off a cross by Emiliano Lattes from the left, Terence Vella tapped the ball home from close range.

Five minutes in the second half, a cross shot by Trevor Cilia was tipped into a corner by Szentpeteri. Two minutes later, Cilia cleared off the goal-line a header by Obiefule for Sliema. On the other side of the pitch, Cilia served Emiliano Lattes whose fine curved shot from the left ended just wide.

Terence Vella, served by Lattes, had a powerful shot from outside the area saved by Szentpeteri on 67 minutes. Three minutes later, following a cross by Jackson Lima from the right, a header by Obiefule was parried by Manuel Bartolo.

Four minutes from time, John Mintoff was sent off for Sliema following a rough tackle on Decesare.

Two minutes in added time, Emiliano Lattes scored a fourth low as he slotted the ball past Szentpeteri from the edge of the area after receiving a through-pass. 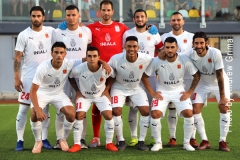 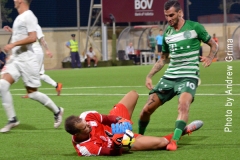 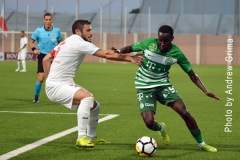 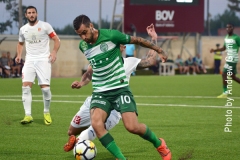 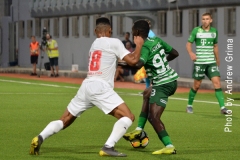 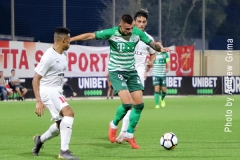 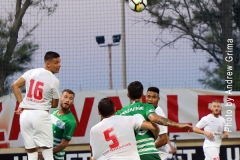 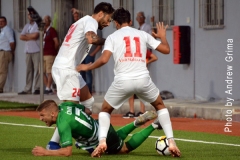 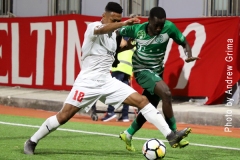