Hibernians and Valletta earned a point apiece as they shared the spoils in an entertaining 2-2 draw in this weekend’s big match from the BOV Premier League.

After winning on their first outing, both sides were aiming at obtaining their second win. Valletta managed to take the lead late in the first half but two goals in added time stunned the Citizens. Hibernians therefore went into half-time, leading 2-1. However ten minutes from time, Valletta notched the equaliser.

The Citizens had two changes from the team which defeated Vittoriosa last week as Steve Borg and Dyson Falzon replaced Gilbert Agius and Kevin Sammut. On the other hand, the Paolites had faith in the same team which beat Floriana.

The two teams shared the exchanges in the opening minutes with the only shots at goal being long-distance shots which ended wide. Then on 16 minutes, a shot by Omonigho Temile, deflected by a defender, was parried by Mario Muscat. Three minutes later, the Citizens appealed for a penalty after Terence Scerri ended on the ground inside the area following a tackle by a defender. On the other side of the pitch, on the half-hour, a powerful shot by Andrew Cohen from outside the area was saved in two attempts by Hogg.

Valletta managed to take the lead two minutes from the end of the first half when they were awarded a penalty after Matt Clarke brought Terence Scerri down inside the area. From the penalty spot, Denni Rocha Dos Santos made no mistake.

But two minutes in added time, Hibernians levelled matters when off an Andrew Cohen freekick from the right, Matt Clarke headed the ball home.

The first half was however not over yet as three minutes later, off another freekick by Cohen, there was a short clearance, Edward Herrera’s first attempt was blocked by a defender but his second beat Hogg to end at the back of the net.

On the restart, it was Denni who tried his luck with a long-distance shot which was neutralised by Muscat on the 50th. Nine minutes later, Terence Scerri headed just wide off a cross from the right by Omonigho Temile.

Edward Herrera then served Andrew Cohen with an intelligent pass on the right but the latter’s conclusion hit the side missed the target.

Edward Herrera was voted BOV Player of the Match. 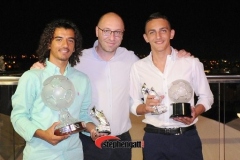 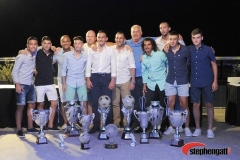 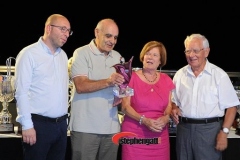