Vittoriosa Stars earned their first point in the BOV Premier League after holding Floriana in a goalless draw.

The Greens once again failed to impress, disappointing their supporters who were expecting their team to take sole leadership in the BOV Premier League.

Floriana lacked Owen Bugeja and Bulgarian midfielder Kiril Dzhorov while Duncan Pisani was back after missing the last game. The Greens had in fact three changes from the team which defeated Hamrun as Ivailo Sokolov started the game on the bench.

Vittoriosa, on the other hand, had Clayton Micallef replacing the injured Pierre Aquilina. Edison Luis Dos Santos was missing once again for Winston Muscat’s side.

After having a goal disallowed for an offside, Floriana went close to taking the lead on the 10th when off a Christian Cassar corner, Christian Caruana headed just wide. Two minutes earlier, Leighton Grech had tested Saidi with a powerful shot from inside the area. A cross shot from the right by Christian Caruana was not held by Simon Agius and Clayton Micallef turned the ball into a corner.

Floriana went close once again on the half hour when Michael Mecerod managed to go past Simon Agius but his angled shoot missed the target. Five minutes from the end of the first half, Carlos Emanuel Campagnoli had a long distance shot from the left ending just wide.

Three minutes in added time, Simon Agius performed a good save on a Michael Mecerod effort from the right.

On 62 minutes, Ivan Woods, served by Christian Caruana had a close-range effort turned into a corner by the Vittioriosa custodian. Ten minutes later, off a cross by Manolito Micallef from the left, Ryan Darmanin was unlucky to hit the crossbar with a header.

Simon Agius was voted BOV Player of the Match. 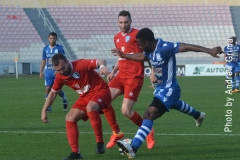 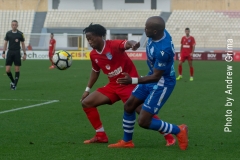 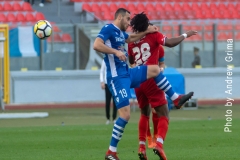 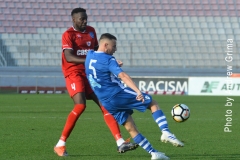 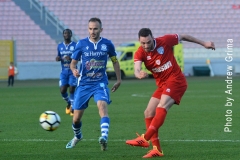 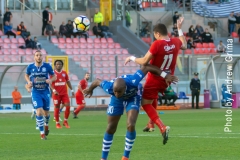 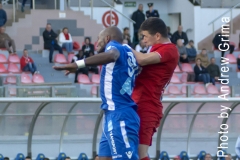 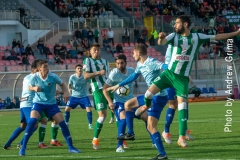 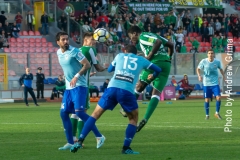 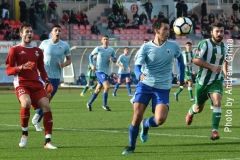 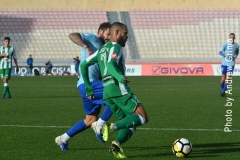 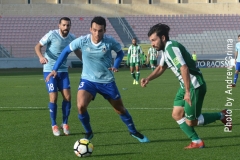 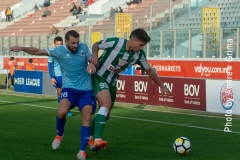 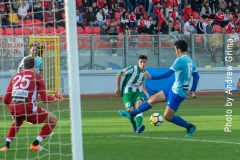 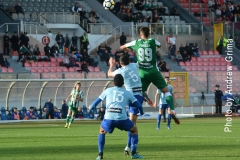 The Citizens twice took the lead and on both occasions, Tarxien equalised. However Valletta scored another three goals to take home the three points.

Gilbert Agius, Edmond Agius, Omonigho Temile and Kenneth Scicluna were all missing for Valletta. The Rainbows, on the other hand, were in full strength.

The Citizens had the first attempt at goal on the 5th minute with Terence Scerri hitting just wide from the right.

Valletta managed to take the lead on 11 minutes when off a Kevin Sammut freekick, the ball was deflected into the direction of Terence Scerri who headed the ball home from an angled position.

Tarxien levelled matters two minutes later thanks to a goal by Ricardo Costa following a corner from the right by Sergio Pacheco De Oliveira.

Daniel Mariano Bueno went close to putting Tarxien ahead with a diagonal shot from the left on 28 minutes but his conclusion just missed the target. Six minutes from the end of the first half, off a cross by Roderick Briffa from the right Kevin Sammut’s fine header was saved by Curmi, assisted by a defender and off the rebound, Dyson Falzon hit just wide.

The Citizens regained the lead four minutes in the second half when Kevin Sammut was brought down inside the area by Orosco Anonam. From the penalty spot, Terence Scerri made no mistake to make it 2-1.

Tarxien restored equilibrium on the 57th minute when off a through-pass on the right, Daniel Mariano Bueno managed to get through Ramon Dos Santos and goalkeeper Andrew Hogg, placing the ball at the back of the net.

Valletta forged ahead once again on the 70th thanks to a goal by Kevin Sammut whose low shot from inside the area beat goalkeeper Anthony Curmi.

Ricardo Costa was then unlucky to hit the woodwork for Tarxien off a corner by Calabretta on 77 minutes.

Terence Scerri sealed the issue with a fifth goal on the 90th, beating Curmi with a shot from inside the area following a good run on the right flank

Kevin Sammut was voted BOV Player of the Match.