The Southseasiders dominated with Effiong and Co. penetrating at will. In fact, for the Stripes, it was a most disappointing performance, especially for their rear-guard.

Missing for Birkirkara were the injured Shaun Bajada, Rowen Muscat and Alan Tabone but this was definitely no excuse for such a poor display. Marsaxlokk, on the other hand, lacked once again defender Emil Yantchev.

After a quiet start for the two teams Marsaxlokk managed to take the lead on 32 minutes when off an intelligent pass by Trevor Templeman, Alfred Effiong anticipated Manuel Bartolo, advanced into the area, pulling to the right and placing the ball at the back of the net.

Birkirkara replied with a cross from the left by Emiliano Lattes from which Terence Vella had a first attempt blocked by Reuben Gauci and off the rebound, Paul Fenech hit wide.

Five minutes from the end of the first half, the Stripes equalised when a shot by Terence Vella was deflected by a defender to deceive goalkeeper Reuben Gauci with the ball ending at the back of the net.

In added time, Marsaxlokk regained the lead when Alfred Effiong controlled the ball inside the area, a defender blocked his first attempt but the Nigerian striker regained possession, rounded the goalkeeper and hit home.

Marsaxlokk increased the lead two minutes in the second half when Dylan Kokavessis beat Manuel Bartolo with an angled shot from the right.

Alfred Effiong made it 4-1 on 56 minutes when he received a through pass, advanced into the area, rounding defender Ryan Harding and hitting low past Bartolo.

Paul Fenech reduced the gap for Birkirkara with a long-distance shot which gave goalkeeper Reuben Gauci no chance on 62 minutes.

Alfred Effiong scored his fourth goal on 75 minutes when he received a through pass by Ruben Guerreiro on the left flank, advanced into the area, before slotting the ball past the helpless Birkirkara goalkeeper.

Alfred Effiong was voted BOV Player of the Match. 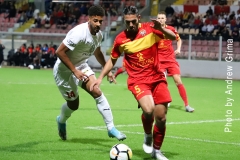 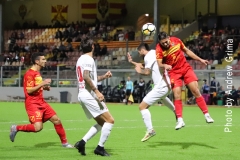 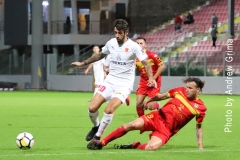 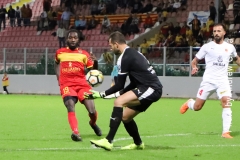 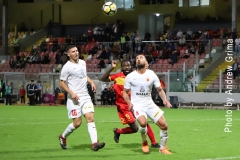 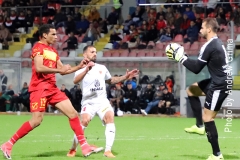 Meanwhile Hamrun Spartans returned to winning ways as they defeated Hibernians by the odd goal in seven to move in joint-second place together with Marsaxlokk, two points behind leaders Valletta.

The Spartans were cruising towards a most comfortable win against a Paola side reduced to ten men. However the Paolites hit back with three goals to reduce the gap to just one goal.

Hamrun were unable to field their best formation due to the absence of Martin Hrubsa and Steve Bonnici who were both serving a one-match ban, Dene Shields, Mead Mifsud and Jonathan Holland all injured. However Rupert Mangion was not named in the starting line-up. Nigerian-born striker Peter Anizoba was making his debut for the Spartans.

Jonathan Pearson and Matthew Tabone were named in the starting line-up for Hibernians as they lacked Ryan Camilleri with Aaron Xuereb starting on the bench.

The Spartans managed to take the lead on the 20th when off a cross by Mark Anthony Bonnici from the right, Marcelo Pereira hit the ball home past goalkeeper Mario Muscat.

Following a short freekick, a powerful drive by Massimo Grima from the left ended just wide on 29 minutes.

On 32 minutes, Hamrun doubled the score when off a Ryan Fenech cross from the right, Peter Anizoba headed the ball home from close range.

Three minutes later, Hibernians were reduced to ten men after Adrian Pulis was given marching orders by referee Marco Borg for a rough tackle on Ryan Fenech.

The Spartans increased the lead four minutes from the end of the first half when off a perfect pass by Ryan Fenech from the right, Peter Anizoba flicked the ball home from close range.

Two minutes in the second half, Gaetan Spiteri made it 4-0 for Hamrun as his conclusion was not held by goalkeeper Mario Muscat with the ball ending at the back of the net.

Hibernians reduced the gap on 72 minutes thanks to a goal by Paul McManus who chipped the ball over goalkeeper Ivan Casha when served inside the area.

Three minutes from time, Hibernians were awarded a penalty for a foul inside the area by Roderick Fenech. From the penalty spot, Andrew Cohen converted.

In added time, Paul McManus could have notched a most dramatic equaliser but his close-range effort was blocked by Casha. 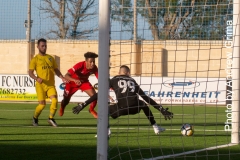 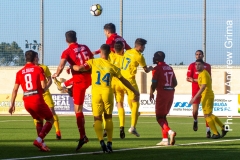 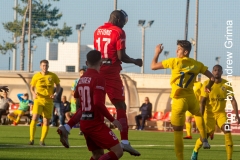 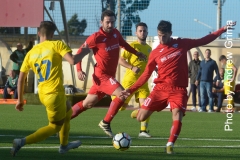 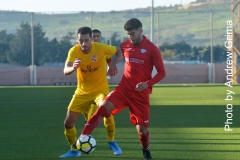 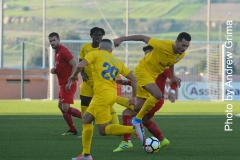 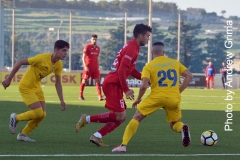 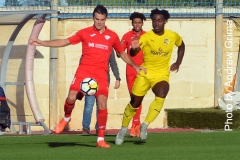