Leaders Valletta moved four points clear on top the BOV Premier League table as they defeated ten-man Marsaxlokk 2-0 in a match at the Victor Tedesco Stadium on Monday.

It was a deserved win for the Citizens who remain the only unbeaten side in the Premier League. On the other hand, for Patrick Curmi’s side, this was the first defeat after collecting nine points from the first five matches, putting them in fourth place.

Marsaxlokk had one change from the team which defeated Birkirkara as Gareth Sciberras replaced Peter Pullicino. Emil Yantchev was missing once again for the Southseasiders.

For Valletta, Gilbert Agius, Edmond Agius and Omonigho Temile were available for selection once again but started the game on the bench, as Jesmond Zerafa kept faith in the same eleven who started the game against Tarxien.

The Citizens had the first attempt at goal when Roderick Briffa advanced upfield but hit high from outside the area on the 12th.

On the 36th, Briffa concluded a good run with a powerful shot which was partially saved by Gauci, Denni took the rebound, serving Dyson Falzon whose shot was parried by the Marsaxlokk custodian. Two minutes later, a fierce shot by Jamie Pace ended just wide.

One minute in the second half, Sammut sent Jamie Pace through but the latter’s shot from the edge of the area ended just wide.

Valletta doubled the score on 49 minutes when Denni served Dyson Falzon who managed to score with a beautiful rising shot from the left which gave Gauci no chance.

Marsaxlokk replied with a Martin Deanov header from which Rumen Galabov headed high on 55 minutes. On 67 minutes, off a cross by Guerreiro, Kokavessis had a shot from close range partially saved by Hogg, the same player took the rebound, serving Gareth Sciberras whose conclusion was blocked by a defender. The ball reached Trevor Templeman who hit just over the bar.

Denni concluded a run on the right with a shot which was partially saved by Gauci on 72 minutes and a minute later, the former Tarxien midfielder gained possession outside the area and hit wide. Reuben Gauci then performed a good save on a Kevin Sammut header from close-range on the 77th.

Roderick Briffa was voted BOV Player of the Match. 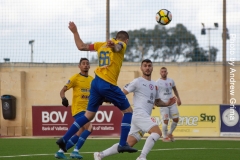 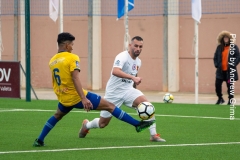 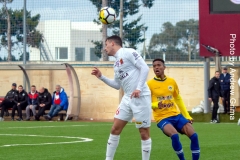 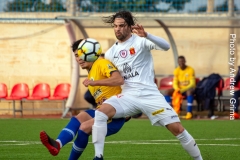 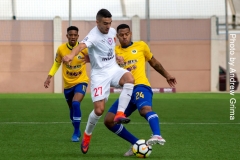 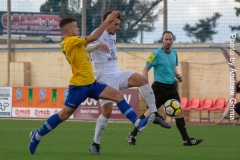 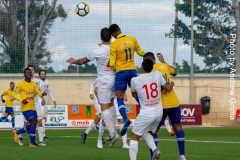