Leaders Valletta scored three in the second half to register a comfortable 4-0 win over Sliema Wanderers and move seven points clear on top the BOV Premier League table.

Valletta held the initiative right from the start but for some time the Blues went close to equalising. However once the Citizens doubled the score, they dominated for the rest of the game.

For the Wanderers, this was the second successive defeat after losing to Tarxien on Sunday. They remain in sixth place with eight points from seven matches.

The Citizens had Gilbert Agius back in the starting line-up, replacing the injured Ramon Dos Santos. Mark Scerri returned for Sliema who had defender Steve Bezzina – who is on loan from Valletta – making his debut when he was included as a substitute.

Valletta managed to take the lead on the 19th minute when Denni Rocha Dos Santos, served by Gilbert Agius from the right, advanced before hitting low past goalkeeper Viktor Szentpeteri.

Sliema replied with a header by Obiefule, off a cross from the right by Gatt Baldacchino, which was turned into a corner by Hogg a minute later. On the 31st, the Valletta custodian performed a good save on a Jackson Lima effort when served by Obiefule just outside the area.

Eight minutes in the second half, Kevin Sammut tested Szentpeteri with a shot from the edge of the area when served by Denni. A freekick by the same Valletta midfielder three minutes later was parried by the Hungarian goalkeeper. On the other side of the pitch, on the hour, Mintoff served Obinna Obiefule whose conclusion ended wide.

Valletta doubled the score on 68 minutes when they awarded a penalty for what seemed a rather controversial decision as Terence Scerri seemed to commit a foul on Sekou Tidiane Souare before being brought down. However referee Alan Mario Sant showed no hesitation and pointed to the penalty spot. Terence Scerri made no mistake to make it 2-0.

Four minutes from time, Valletta sealed the issue with a third goal when Denni served Omonigho Temile on the left and off the latter’s cross, Gilbert Agius headed the ball home.

But it was not over yet as on the 89th minute, Ian Zammit served Edmond Agius from the right and the latter hit low past Szentpeteri. 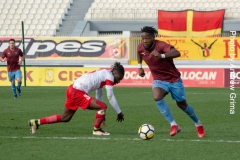 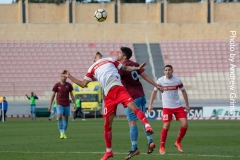 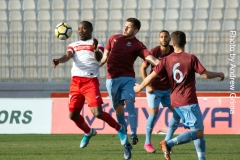 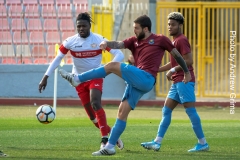 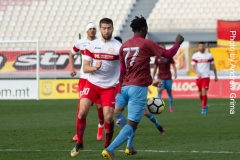 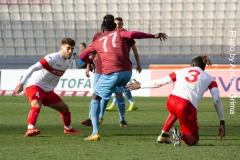 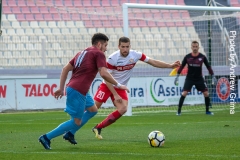