A brace by Brazilian midfielder Sergio Pacheco De Oliveira gave Tarxien Rainbows a second successive win as they defeated Floriana 2-0 to join the Greens on the ten-point mark.

Floriana held the initiative during the first half but once the Rainbows managed to take the lead, they never looked back, increasing the lead mid-way through the second half. For Tarxien, this was the second successive win.

Tarxien lacked once again Brazilian defender Everton Antonio Pereira while goalkeeper David Cassar was preferred to Anthony Curmi. Floriana, on the other hand, welcomed back in squad Kiril Dzhorov although he was retained on the bench.

The Rainbows managed to take the lead two minutes from the end of the first half when off a perfect pass by Cristiano, Sergio Pacheco De Oliveira hit low past goalkeeper Lofti Saidi.

In added time, Michael Mecerod hit just wide for Floriana off a cross from the right by Clyde Borg.

Early in the second half, Clyde Borg served Ivan Woods with a through-pass but the latter’s close-range effort was deflected into a corner. The Greens went close once again on 54 minutes with a header by Ivan Woods off a cross by Joseph Borg from the right.

Tarxien doubled the score on 63 minutes thanked to a great goal by Sergio Pacheco De Oliveira who received a back-heel pass by Ricardo Costa and managed to place the ball at the back of the net with a touch of class as he passed the ball from his right to his left foot before hitting home.

On 83 minutes, a Christian Cassar freekick was partially saved by David Cassar and a minute later, Ivailo Sokolov hit wide from inside the area. 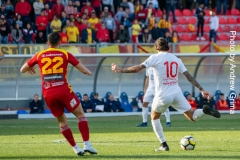 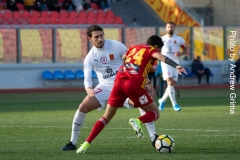 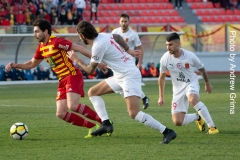 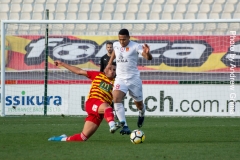 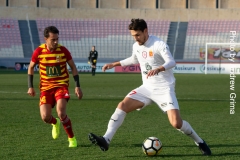 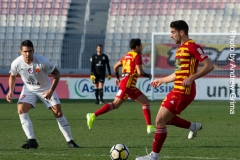 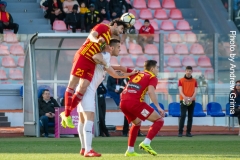 Hamrun Spartans failed to keep the pace with leaders Valletta as Marsaxlokk came from behind to beat them 2-1 in the second match. The latter now move second, five points behind the Citizens

The Spartans held the initiative during the first half after taking an early lead. However after the break, the Southseasiders kept the Hamrun rear-guard under pressure, especially in the final thirty minutes, scoring twice to take home the three points.

Marsaxlokk coach Patrick Curmi was unable to field his best formation due to the absence of lacked Clive Brincat, Emil Yantchev and Julio Alcorse. The Spartans, on the other hand, lacked Dene Shields.

Hamrun took the lead on 7 minutes when off a David Camilleri corner, Gaetan Spiteri headed home past goalkeeper Reuben Gauci.

The Spartans went close once again on 24 minutes when Marcelo Pereira, served with a cross from the right, hit high from the edge of the area.

In added time, Marsaxlokk went close with a shot by Trevor Templeman from the edge of the area, when served by Effiong. However his conclusion ended just wide.

Seven minutes in the second half, following a great move by Ryan Fenech on the left, he served Marcelo Pereira whose shot was saved without particular difficulty by Reuben Gauci.

Mid-way through the second half, Massimo Grima went close to increasing the lead for Hamrun with a powerful drive which scraped past the post. Marsaxlokk replied with a rising shot by Martin Deanov which was turned into a corner by Ivan Casha on the 71st. A close-range effort by Rumen Galabov was blocked by Mark Anthony Bonnici into a corner three minutes later.

Marsaxlokk levelled matters on 79 minutes when off a cross from the left by Ruben Guerreiro, Alfred Effiong headed the ball home past goalkeeper Ivan Casha.

The Southseasiders went close once again with a Martin Deanov freekick which was parried by Casha.

Four minutes from time, Marsaxlokk notched the winner when Alfred Effiong received a pass by Rumen Galabov and slotted the ball past Casha from close range. 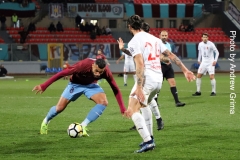 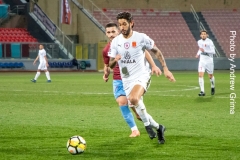 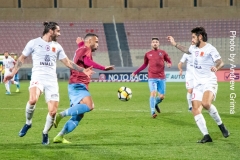 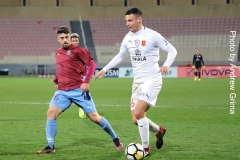 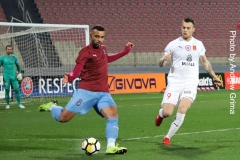