Vittoriosa Stars extended their positive run to four matches without defeat as they held Marsaxlokk in a 1-1 draw. The Southseasiders therefore missed the opportunity to move to just two points behind leaders Valletta and are now joint-third on 13 points with Tarxien Rainbows and Floriana.

Marsaxlokk held the initiative for long stretches. However Vittoriosa’s never-say-die attitude enabled them to notch the equaliser for what should be considered a well-deserved draw.

Patrick Curmi could not count on the suspended Julio Alcorse. Edison Luiz Dos Santos was suspended for Vittoriosa.

Marsaxlokk went close on the 10th off a Deanov corner, Mamo headed the ball back to Alfred Effiong whose header ended high.

The Southseasiders managed to take the lead on the 20th when Martin Deanov served Trevor Templeman who beat the Vittoriosa goalkeeper with a fine shot from the edge of the area.

Deanov served Alfred Effiong inside the area and the latter’s conclusion was turned into a corner by Simon Agius on 28 minutes. Two minutes later, a rising shot by Kokavessis from the left ended just over the bar.

On the other side of the pitch, a Jorge Santos Silva effort was parried by Reuben Gauci. Leighton Grech then missed a good opportunity heading wide from close range.

Twelve minutes in the second half, Jorge Santos Silva tried his luck with a long distance shot which ended just over the bar. The same Brazilian striker had a close-range effort blocked into a corner by Reuben Gauci on the hour.

Vittoriosa notched the equaliser on 74 minutes when Anthony Ewurum intelligently served Jorge Santos Silva inside the area and the Brazilian striker rounded a defender before hitting low past Reuben Gauci.

In added time, Marsaxlokk could have notched the winner when a close-range effort by Alfred Effiong was blocked and off the rebound, Andrew Spiteri’s header was saved by Agius.

Jorge Santos Silva was voted BOV Player of the Match. 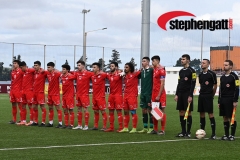 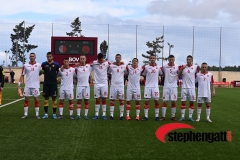 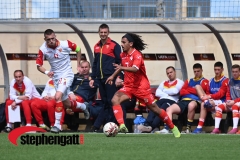 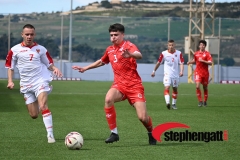 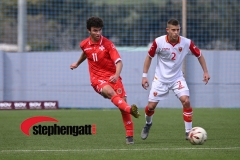 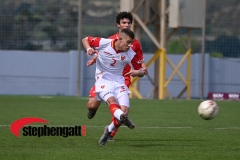 Meanwhile in the second match, a brace by Emiliano Lattes enabled Birkirkara to return to winning ways as they defeated Qormi 2-0. A win which puts them in fifth place, just one point behind the three teams currently in second place – Marsaxlokk, Tarxien and Floriana.

On the other hand, Qormi have now gone four matches without a win. Four matches in which they even failed to score a goal.

The Stripes had five changes from the team which drew with Vittoriosa in their last outing as Patrick Borg, Ryan Harding, Shaun Bajada, Rowen Muscat and Carl Pulo were all named in the starting line-up. Nikola Vukanac and Trevor Cilia were unavailable for the Stripes. George Mallia was missing for Qormi.

Birkirkara could have taken the lead after just 34 seconds when Rowen Muscat found himself all alone in front of the goalkeeper and chipped the ball over Matthew Farrugia but the ball ended just wide.

On the half-hour, they were awarded a penalty when a defender handled the ball inside the area following a cross by Shaun Bajada. From the penalty spot, Michael Galea’s effort was neutralised by the Qormi goalkeeper.

Eight minutes later, following a cross by Angus Buhagiar from the right, a low shot by Michael Galea was parried by Matthew Farrugia.

Birkirkara however managed to take the lead on 42 minutes when Emiliano Lattes beat Farrugia with a low shot with the ball hitting the foot of the post before ending at the back of the net.

Three minutes from time, Birkirkara sealed the issue as Emiliano Lattes concluded a solo effort with a low shot which beat Matthew Farrugia for a second time.

Matthew Farrugia was voted BOV Player of the Match.