Hamrun Spartans returned to winning ways as they defeated Vittoriosa Stars 2-0. A win thanks to which they join Marsaxlokk, Tarxien Rainbows and Floriana in second place.

This defeat brought to an end Vittoriosa’s positive run. They deserved something better from the game considering that they hit the posts twice, besides being denied on various occasions by Hamrun goalie Omar Borg

The Spartans lacked Dene Shields and Rupert Mangion while Omar Borg was preferred to Ivan Casha in goal. Edison Luiz dos Santos was missing for the Stars as he was suspended.

Vittoriosa created the best chances early in the game and a fine shot by Carlos Campagnoli was deflected by Martin Hrubsa into a corner.

Goalkeeper Omar Borg performed a great save on 15 minutes neutralising a close-range effort by Jorge Santos Silva after exchanging the ball with Dino Cachia. A shot by the same Brazilian striker ended just wide on the 20th.

Omar Borg performed another fine save on 26 minutes turning into a corner a great freekick by Campagnoli. On the other side of the pitch, following a good move by Ryan Fenech on the right flank, Massimo Grima headed high.

Hamrun managed to take the lead on 35 minutes when a Gaetan Spiteri diagonal shot from the right beat goalkeeper Simon Agius.

Just before the break, Omar Borg was prominent once again with a good save on a Campagnoli freekick from the left.

Six minutes in the second half, Vittoriosa were unlucky not to level matters with a Kevin Mifsud header which hit the crossbar.

On 71 minutes, it was the turn of Jonathan Xerri to hit the foot of the post with another header following a cross from the right by Leighton Grech.

The Spartans sealed the issue three minutes from time when a cross from the right by Lee James Agius found Gaetan Spiteri all alone in front of the goalkeeper and the latter found no difficulty in hitting low past Simon Agius.

Omar Borg was voted BOV Player of the Match. 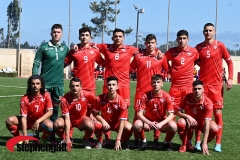 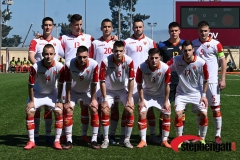 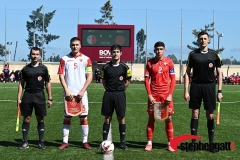 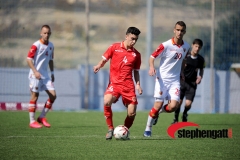 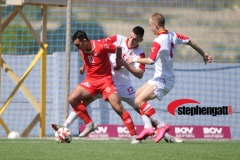 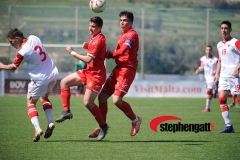 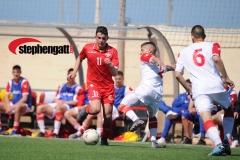