Malta lost 3-1 to the Faroe Islands in the opening game from League D Group 3 of the UEFA Nations League at the Tórsvøllur in Torshavn.

Being ranked 90th, compared to Malta’s 184th, the hosts started as firm favourites to claim maximum points from this clash as they eye the top spot in the group. Malta shared the exchanges for half an hour before conceding two goals which could have been avoided. Michael Mifsud pulled one back for Malta but the Faroe Islands restored the two-goal lead early in the second half.

Farrugia opted to start with Andrew Hogg in goal, Steve Borg, Andrei Agius and Zach Muscat sat the back, Joseph Mbong and Joseph Zerafa on the flanks, Paul Fenech and Rowen Muscat in midfield with Michael Mifsud and Alfred Effiong on the wings supporting Andre Schembri in attack.

Malta had the first attempt on the 16th minute when Michael Mifsud received an assist by Rowen Muscat on the right and his angled shot was blocked by Nielsen. The hosts replied with a cross from the right by Gunnar Vatnhamar a minute later from which Joan Edmundsson’s header was neutralised by Hogg. Brandur Hendriksson tested Hogg on the 21st and off the rebound, Edmunsson’s assist was cleared by a defender.

Faroe Islands took the lead in the 31st minute. Joseph Zerafa’s erratic back pass susrprised Steve Borg and Arminia Bielfeld striker Joan Edmundsson did not hesitate to slot the ball past Hogg.

Six minutes later, the hosts doubled the score when Hendriksson sent Rene Joensen through and rounded Steve Borg before beating Hogg with a well-placed shot.

Malta pulled one back in the 42nd minute when off a cross by Andre Schembri, Michael Mifsud beat the offside trap and controlled before hitting past the Faroese goalkeeper.

Seven minutes in the second half, the hosts regained a two goal lead when Solvi Vatnhamar’s cross from the right found Hallur Hansson unmarked and the latter beat Hogg with a shot from a central position inside the area.

Paul Fenech threatened with a freekick on the 58th minute but Nielsen performed a good save.

Following the inclusion of Steve Pisani and Jean Paul Farrugia as substitutes, the Malta coach shifted to a 4-4-2 formation.

In the final stages, Andrew Hogg came to the rescue twice – neutralising a low Rene Joensen effort from the edge of the area and then turning into a corner a fine header by Baldvinsson following a cross by Bartalsstovu from the left. 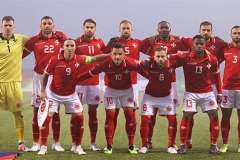 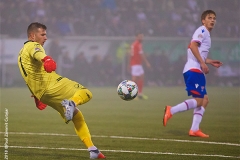 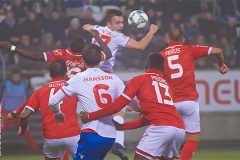 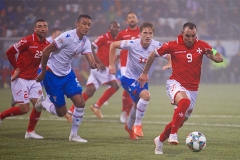 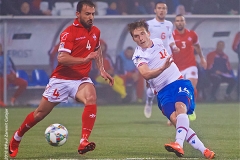 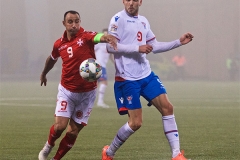 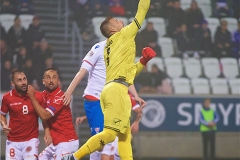