Two goals late in the first half paved the way for Hibernians as they beat champions and Knock-Out winners Birkirkara 3-0 in the final of the BOV Women’s Super Cup at the Centenary Stadium on Tuesday.

An own goal by Ann-Marie Said gave the Paolites a shock lead six minutes for the end of the first half.

Birkirkara went close to reducing the gap six minutes in the second half with a Tracy Teuma which however hit the crossbar.

Seven minutes from time, in a swift counter-attack, Dorianne Theuma served Emma Xuereb on the right and the latter was unlucky to hit the bar.

Deep into stoppage time, the Paolites added another as Emma Xuereb advanced on the right and rounded the goalkeeper before placing the ball at the back of the net.

Photos courtesy of Bank of Valletta 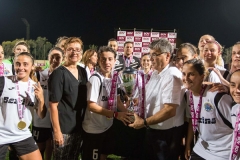 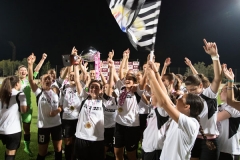 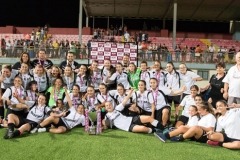 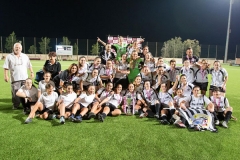