Valletta scored five goals in the second half as they registered a most comfortable 6-0 win over Qormi at the National Stadium on Friday.

The Citizens were clearly a better side but Qormi made their life difficult during the first half. However in the second half, Danilo Doncic’s side dominated and scored another five goals.

Danilo Doncic made no changes to the team which had defeated Birkirkara last week. Qormi, on the other hand, had Alan Abela, Alessio Cassar and Luke Busuttil replacing Mario Arrieta, Seo In Kim and Lubos Adamec.

Valletta took the lead on the 14th minute when off a cross by Miguel Angel Alba from the right, Bojan Kaljevic headed home past goalkeeper Jamie Azzopardi.

On the 57th minute, Mario Fontanella was brought down inside the area by Jamie Azzopardi; referee Emanuel Grech ordered a penalty and Miguel Angel Alba hit the ball in the bottom left corner to double the score.

Mario Fontanella made it 3-0 on the hour when he slotted the ball home from close range after Bojan Kaljevic chested the ball down off a cross by Miguel Angel Alba.

The Citizens increased the lead on the 71st minute when Matteo Piciollo served the unmarked Bojan Kaljevic who placed the ball inside the empty net.

Valletta added another on the 80th as Bojan Kaljevic sent Mario Fontanella through on the left and Italian striker slotted past the helpless Azzopardi.

Two minutes from time, Valletta scored the sixth goal thanks to substitute Bogdan Gavrila who received an assist by Matteo Piciollo and the Romanian midfielder rounded a defender before beating the Qormi goalkeeper with an angled shot from the right. 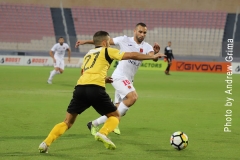 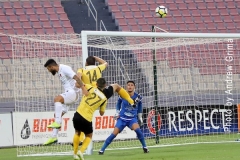 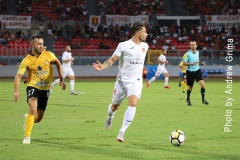 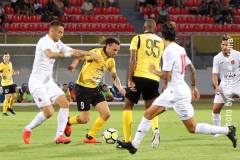 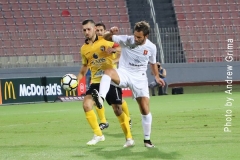 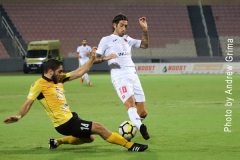