Late goal hands Under-21 side a draw against Cyprus

After beating Hungary 2-1 on Friday, Malta ended its commitments in Group 6 of the UEFA Under-21 Championship qualifiers with a 1-1 draw with Cyprus at the Centenary Stadium on Tuesday.

Silvio Vella’s side therefore ended their commitments on four points, three behind Cyprus.

The visitors took a deserved lead ten minutes from the end of the first half thanks to Christos Wheeler who advanced into the area and hit past Galea after the Malta rear-guard failed to clear a cross.

The locals improved in the second half but it was only in the final stages that the Maltese pushed seriously for the equaliser. Malta in fact went close to equalising on the 77th with a Jurgen Degabriele curved shot which was turned into a corner by the Cypriot goalkeeper. On the 80th, Matthew Guillaumier was unlucky to hit the crossbar with a powerful shot from inside the area. One minute later, Kyrian Nwoko hit high from an ideal position inside the area following a cross by Kurt Zammit.

However one minute in added time, Malta notched the equaliser when a cross shot from the right by Jurgen Degabriele created havoc inside the area with teh ball finally reaching Kyrian Nwoko who slotted the ball past Christodoulou. 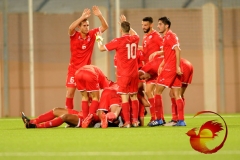 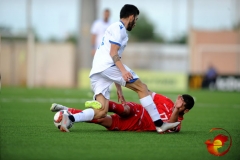 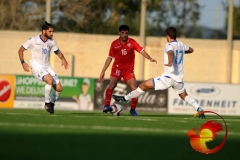 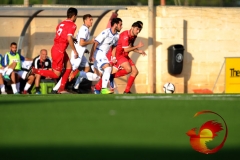 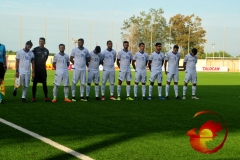 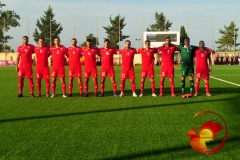