Balzan and Birkirkara earned a point each in a goalless draw at the National Stadium on Sunday in a clash between two teams desperate for points as they aim to get back on track in the challenge for honours.

For Balzan, this was the third draw in four matches, therefore staying in sixth place, one point behind Birkirkara who were coming from three consecutive wins.

Leading Birkirkara from the bench were Mark Buttigieg as coach and sporting director John Arne Riise as assistant coach. New recruit Maurizio Vella and the returning Luke Montebello were awarded a start as they replaced Paul Fenech who is now a player of Balzan and Michael Mifsud.

Both sides had their fair share of scoring opportunities with Cadu going close for Balzan early in the game and then Montebello and Marcelinho for Birkirkara. Balzan tried their luck once again with a Cadu effort which was neutralised by Naumovski and a header by Majdevac ending just wide.

In the second half, a Montebello effort was turned into a corner by Sultana and then Majdevac hit just wide for Balzan. A Guillaumier attempt was parried by the Balzan goalkeeper.

Six minutes from time, the Stripes were reduced to ten men after Terence Agius was sent off for a reckless tackle on Paul Fenech. 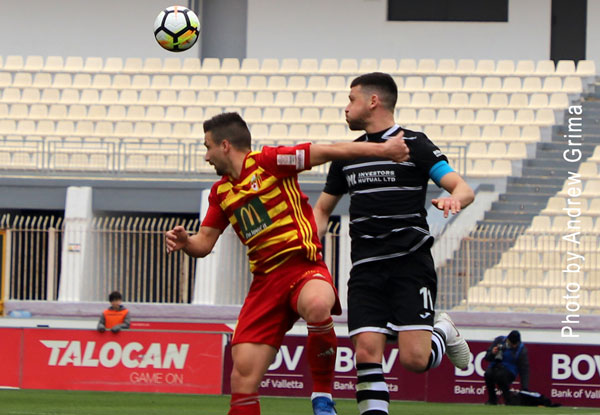