Valletta close in on Gżira

Valletta returned to winning ways as they defeated Sliema Wanderers 2-0 at the National Stadium on Sunday to move to just one point behind second-placed Gżira United.

On the other hand, Sliema now share fifth place with Birkirkara, one point ahead of Balzan and one behind Hamrun.

For Valletta, Yenz Cini started in goal in lieu of Henry Bonello. Steve Borg, Ryan Camilleri and Rowen Muscat were preferred to Matteo Piciollo and Jean Borg while Raed Ibrahim Saleh was unavailable due to international duty with Oman.

Sliema, on the other hand, had three changes as replaced Goran Adamovic, Michele Sansone and Peter Xuereb were preferred to Kurt Shaw, John Mintoff and Kilian Amehi.

Valletta took the lead on the 34th minute when off a freekick by Miguel Angel Alba from the right, Steve Borg headed the ball home in style.

Mario Fontanella was unlucky to hit the upright with a shot from the edge of the area on the 73rd minute.

Two minutes in added time, Valletta sealed the issue with a second goal when off a swift counter-attack, Matteo Piciollo concluded a good run on the left flank with a low shot which ended past goalkeeper Jake Galea. 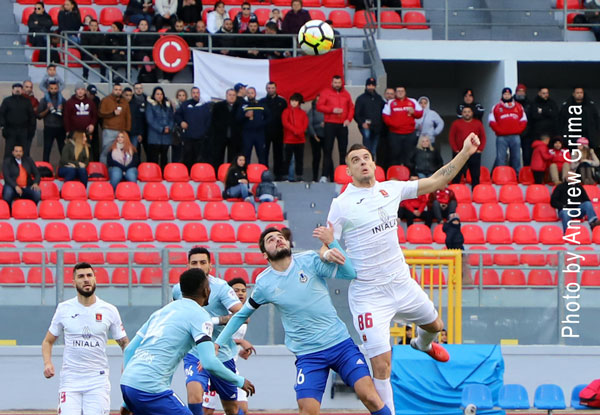