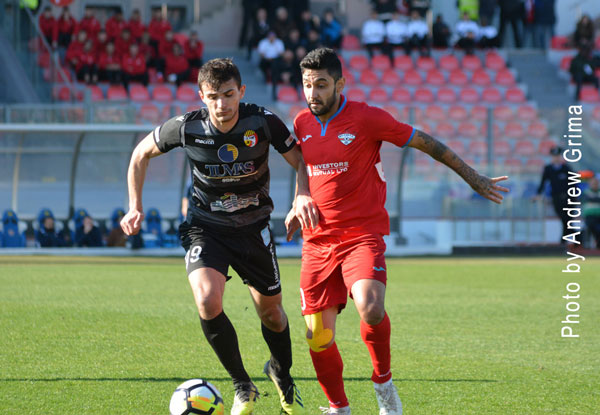 Balzan joined Hamrun Spartans in fifth place as two late goals in the first half paved the way for a 3-1 win over Qormi at the National Stadium on Sunday. A win which puts them on the 27-point mark, one behind Birkirkara and one ahead of Sliema Wanderers.

On the other hand, for Qormi, this was the twelfth consecutive defeat which keeps them anchored at the bottom of the table, six points behind Pieta Hotspurs and Senglea Athletic.

Making his debut was Steven Pisani after his switch from Floriana. His inclusion was one of three changes from the draw with Birkirkara as Dale Camilleri and Ricardo Calixto Correa were also included in lieu of Milos Lepovic, Steve Bezzina and Siraj Arab Eddin who has now joined Tarxien.

Balzan took the lead one minute from the end of the first half when following a good run on the right flank, Ivan Bozovic crossed and Ricardo Calixto Correa Duarte controlled before hitting low past Azzopardi.

Two minutes in added time, Balzan doubled the score when following a counter-attack led by Correa, he served Cadu who released Andrija Majdevac and the latter advanced into the area before slotting the ball past Azzopardi.

Andrija Majdevac increased the lead on the 61st minute as he hit the ball home off a cross from the right by Ljubomirac.

Qormi scored a consolation goal on the 75th minute when off a cross by Gnindokponou from the right, Tensior Gusman served Antonio Rozzi who slammed the ball home past Sultana.