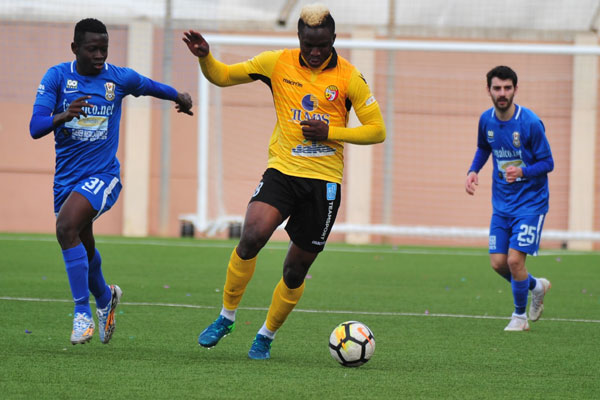 Qormi brought a disappointing run of twelve consecutive defeats to an end as they defeated Pietà Hotspurs 2-0 in a clash between the two bottom teams in the BOV Premier League table at the Centenary Stadium on Saturday.

Thanks to this win, Qormi move to just three points behind the Hotspurs although they still lie at the bottom of the table. For , this was the sixth successive league defeat.

The Hotspurs, on the other hand, had two changes from their last outing as Stefan Radovanovic and Ishaya Irimiya Jalo were preferred to Jan Busuttil and Juan Manuel Artiaga Roa.

Qormi took the lead on the 62nd minute when off a cross by Freud Gnindokponou, Mohamed Bangoura slotted the ball past goalkeeper Nicky Vella.

Substitute Iven Zammit sealed the issue with a second goal one minute from time thanks to a powerful drive which beat the Pietà custodian.