Gzira United held in a draw by Sliema 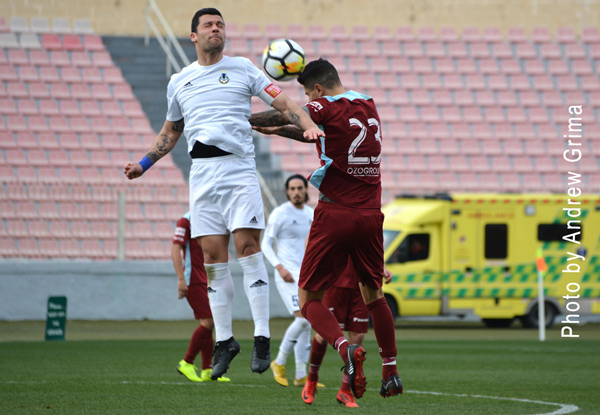 Gzira United dropped another two important points as they were held in a 1-1 draw by neighbours Sliema Wanderers at the National Stadium on Sunday,

This was the third consecutive draw for the Maroons and the sixth draw in eight matches.

For Sliema Wanderers, this draw puts them in sixth place, on level points with Balzan.

The Wanderers managed to take the lead on the 27th minute when they were awarded a penalty after Kilian Amehi was brought down inside the area. From the penalty spot, Younes Marzouk converted.

Gzira, however, levelled matters two minutes from the end of the first half thanks to a blunder by goalkeeper Timothy Aquilina who failed to hold a shot from outside the area by Edison Bilbao Zarate.