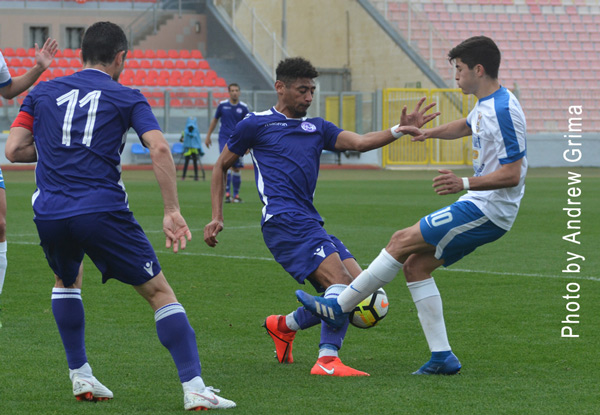 Pietà Hotspurs registered their first win in over four months as they defeated St. Andrews 3-1 at the National Stadium on Sunday. The Hotspurs now share the bottom spot with Qormi on the 13-point mark.

This defeat was a major setback for the Saints who were hoping for the three points in their bid to steer away from relegation but now remain just five points ahead of the bottom duo with three games to go.

Dylan Agius released Paul Chimezie and the latter managed to beat Calleja Cremona with an angled shot from the right.

Six minutes later, the Hotspurs doubled the score thanks to Dylan Agius, who received an assist by Gabriel Mensah before unleashing a powerful drive from outside the area which gave the St. Andrews goalkeeper no chance.

Three minutes from time, St. Andrews pulled one back when off a cross by Martin Davis from the right, Adrian Borg headed the ball down for Ricardo Martin two hit home from close range.

However, three minutes in added time, substitute James Scicluna restored the two-goal lead for the Hotspurs after advancing into the area from the right and rounding the goalkeeper before placing the ball at the back of the net.