Luxol Futsal off to a winning start

Luxol St. Andrews Futsal claimed their first three points in Group F of the UEFA Futsal Champions League Preliminary Round Group F thanks to a flawless performance in a 5-0 win over FC Fiorentino of San Marino.

Luxol enjoyed a lot of possession in the early stages of the game, creating countless chances but found the going pretty tough as the opposing keeper was in good form to stop the Maltese Champions from being more rampant from very early in the game.

Deadlock was broken midway through the first half (10:18) with the opener for the Maltese outfit following a blazing shot from distance by Slovenian Dejan Bizjak finding the bottom corner.

One minute and sixteen seconds (1:16) in the second half, Luxol increased their lead as Maicon was first to pounce on the ball following a mistake at the back to make the score 3-0.

The start of the second 20 minutes was clearly the best period for the Maltese Champions in this opener as a minute or so later (2:28), an unmarked Celino Alves poked home from close range to make it four.

Luxol completed the scoring with fifth and final goal on (9:41) and a brace for Everton Veve, finding the net with a powerful low effort from inside the area, to make the final score, Luxol 5-0 FC Fiorentino.

On Thursday a more daunting task for Luxol as they take on Moldova Champions Dinamo Chisinau in what could be defined as a decider of who wins this group and subsequently progresses to the Prague Main Round in October. 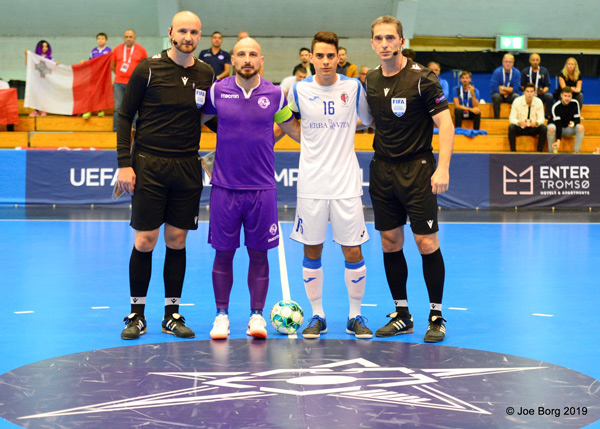