Third win on the trot for Hamrun Spartans 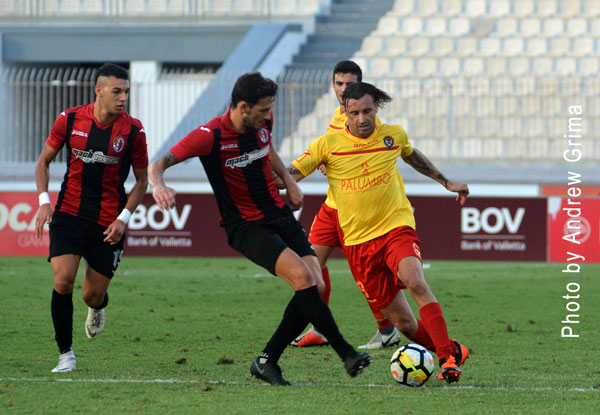 For Senglea, this was the second consecutive defeat after a draw and two wins in their first three matches.

Senglea were awarded a penalty on the 15th minute after Wilfried Zamble was adjudged to have been fouled by Manuel Bartolo inside the area and from the penalty spot, Leighton Grech made no mistake.

Just before the end of the first half, a fine effort by Clayton Failla was turned into a corner by Curmi.

On the 76th minute, Marcelo Dias floored Wilfried Domoraud inside the area. Referee Ishmael Barbara ordered a penalty and Marco Criaco Made no mistake from the penalty spot.

Hamrun sealed the issue with a third goal ten minutes from time. Wilfried Domoraud received a throw in from the left and rounded a defender before testing goalkeeper Anthony Curmi; Domoraud took the rebound and served the unmarked Soufiane Lagzir who placed the ball at the back of the net.