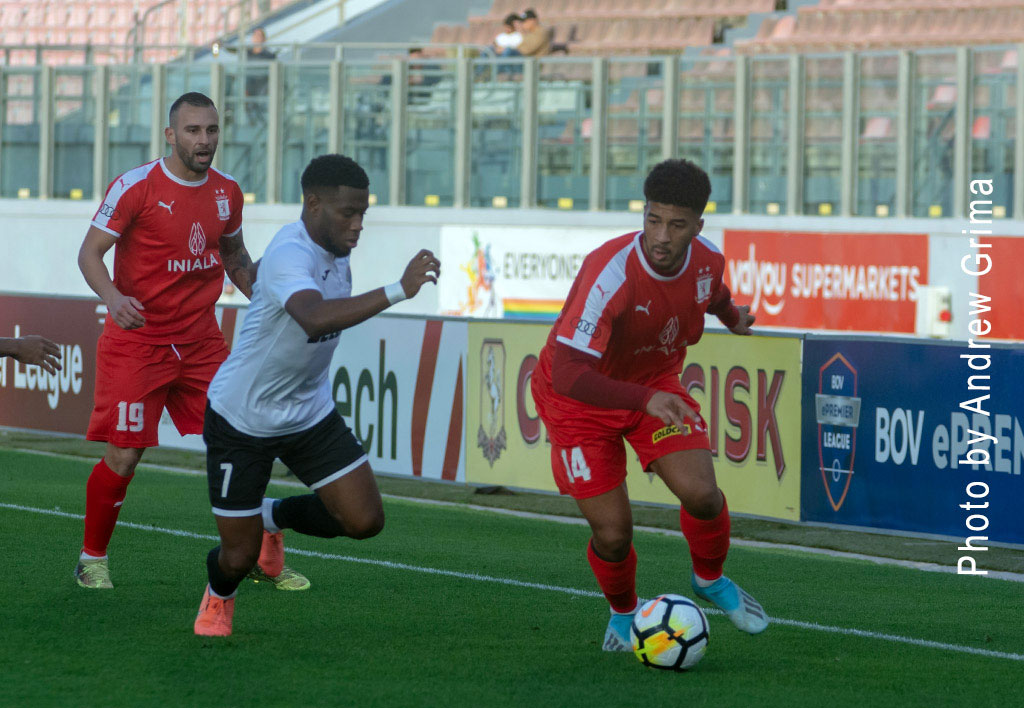 Valletta and Hibernians earned a point each in a 1-1 draw at the National Stadium on Sunday.

A draw which sees them fall into fourth and fifth place respectively following Sirens’ 3-0 win over Tarxien. Floriana lead the way with 28 points, followed by Gzira on 25, Sirens 24, Valletta 22 and Hibernians 21. However, this was still the sixth consecutive positive result for the Citizens and the fifth positive result on the trot for the Paolites.

Henry Bonello was the first to be called into action, performing a good save on an Imanol Iriberri effort from the left after a defender had blocked Jake Grech’s effort.

Valletta managed to take the lead two minutes from the end of the first half as Matteo Piciollo flicked the ball in style for Mario Fontanella to advance and slot the ball past the Hibernians goalkeeper despite Marcio da Silva’s marking.

Just before the end of the first half, Bonello came to the rescue once again for Valletta, blocking an Andrei Agius effort into a corner following a cross by Joseph Mbong.

Hibernians equalised on the 63rd minute when off a cross by Gabi Izquier, Leonardo Nanni hit low past Bonello from the right.

Jake Grech tested Henry Bonello with a good shot from outside the area when served by Mbong and finally Bonello performed a good save on Jurgen Degabriele following an assist by Dunstan Vella on the right.