A second defeat for Under-19 side to Montenegro 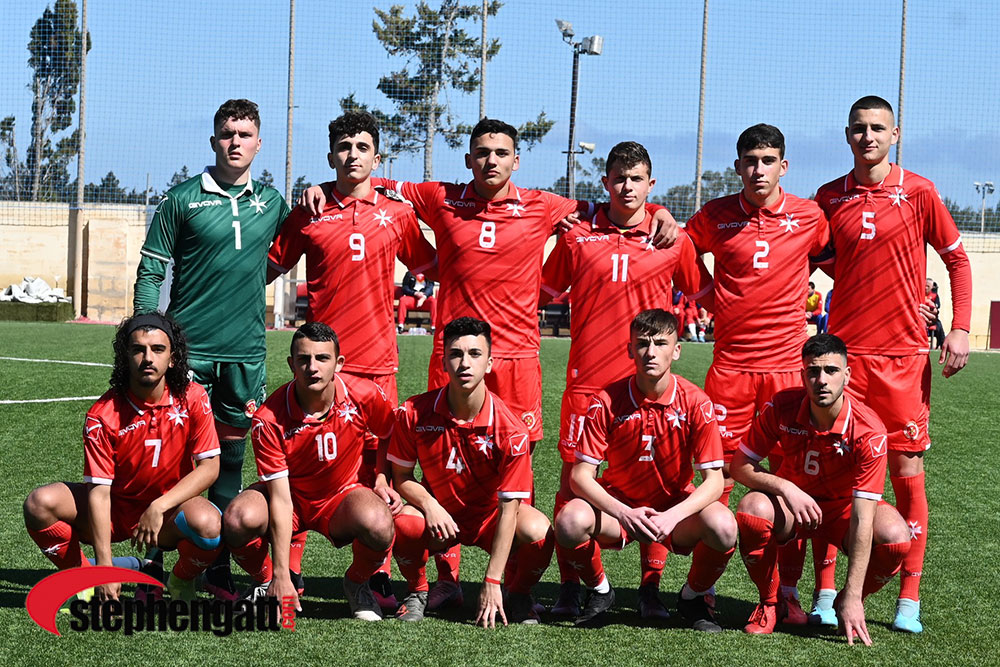 The Malta Under-19 side played their second friendly match against Montenegro at the Centenary Stadium on Thursday morning. Malta took an early lead but Montenegro fought back to win 3-1.

Montenegro threatened from their very first attack with Vasilije Cavor’s shot turned away for a corner by Malta goalkeeper Miguel Spiteri. Two minutes later, Malta created their first scoring opportunity thanks to Jake Engerer whose shot from close range was saved by the opposing goalkeeper.

On nine minutes, a Joseph Attard header from a Sheldon Mizzi cross from the right just missed target. In the 15th minute, the Maltese youngsters opened the score. Andrea Zammit rounded off a fluent attack on the right, beating Montenegro goalkeeper Ervin Helic with a low shot from a Mizzi cross.

Two minutes later, the guests levelled thanks to a wonderful individual effort from Cavor who beat Spiteri with an angled drive from the edge of the box. Just after the half-hour mark, Montenegro went 2-1 up. Dejan Perovic’s strong run unsettled the Maltese defence before hitting a shot that was blocked by Spiteri. However, the Malta goalkeeper could do nothing to stop Perovic from scoring from the rebound.

In the 39th minute, Montenegro added a third goal thanks to a low drive by Aldin Musovic.

Malta saw more of the ball in the second half, creating a host of scoring opportunities, especially in the last 20 minutes. On 55 minutes, Montenegro had their first chance after the break as a shot by Andrija Koloundzic from 20 meters distance was marginally wide.

Two minutes later, at the other end, Jamie Scerri was in a good position in front of Helic’s goal but chose to pass instead of shoot and eventually the Montenegro defence cleared the ball. In the 63rd minute, Malta were awarded a penalty after Mizzi was brought down in the box but Zammit’s shot came off the crossbar.

Zammit’s strong drive from just outside the box hit the crossbar with the goalkeeper beaten.  Zammit was again unlucky on 81 minutes as another effort, after a fine individual move, hit the woodwork once more. The score did not change until the end in what was a good test for the locals with the Malta U-19 coaches trying out 25 players during these two matches.