The Under-21 sides of Malta and Wales shared the spoils in a 1-1 draw in a friendly match which served as part of the preparation for the remaining Under-21 qualifiers for the two teams next month.

Edwin Camilleri’s side takes on France on September 7 in Amiens.

The visitors had the first attempt at goal on the 15th when off a Mark Bradley freekick, Hal Robson-Kanu hit the crossbar with a close-range header. The locals replied with a Tyrone Farrugia effort which was eutralised by Bond on the half hour.

Malta managed to take the lead a minute later when off a cross from the right by John Mintoff, Terence Vella headed home from close range.

On the 42nd minute, Joe Partington headed just wide off a cross by Neil Taylor from the left and just before the end of the first half, first Billy Bodin had a shot from inside the area being deflected into a corner and then a Hal Robson-Kanu freekick scraped past the post.

Six minutes in the second half, Malta went close once again with a fierce shot by Joseph Zerafa frm the left ending just wide. On the other side of the pitch, a shot by substitute Thomas Bender ended just wide on the hour.

On 73 minutes, Elliott Chamberlain entered the area and rounded a defender but his low shot was blocked by Henry Bonello. A shot from outside the area by Jonathan Williams was turned into a corner by the Malta goalkeeper.

Wales levelled matters eight minutes from time when off a cross from the left by Neil Taylor, Hal Robson-Kanu managed to beat Vella with a flying header. 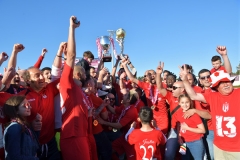 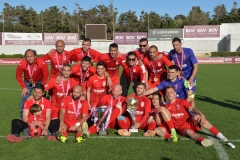 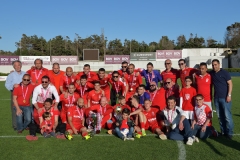