Fine second half for Malta in 1-1 draw with Macedonia

Malta and FYR Macedonia shared the spoils in a 1-1 draw in a friendly match at Ta’ Qali on Wednesday. The game was part of the national team’s preparation ahead of next month’s EURO 2012 qualifiers against Israel and Latvia.

The Macedonians were the better side throughout the first 45 minutes, taking a deserved lead late in the first half. However after the break, the locals held the initiative, notching the equaliser through Michael Mifsud and creating a number of scoring opportunities.

The first shot at goal occurred on 11 minutes when Shaun Bajada served Gareth Sciberras whose powerful shot ended just wide. Macedonia replied with an angled shot by Goran Pandev, served by Ilco Naumoski, which was blocked by Hogg on 13 minutes. A minute later, Naumoski was unlucky to hit the crossbar from close range.

The visitors almost took advantage of a defensive blunder on 34 minutes with Naumoski serving Pandev whose close-range effort ended high.

Macedonia took the lead two minutes later. Goran Pandev hit the crossbar with a shot from inside the area and off the rebound, Mario Gjurovski chipped the ball with Ivan Trickovski heading home from close range.

Malta levelled matters two minutes in the second half when off a cross from the right by Roderick Briffa, Michael Mifsud headed home past with the ball ending in the bottom left corner.

On 59 minutes, another Mifsud header off another cross by Briffa ended just wide. Four minutes later, goalkeeper Tome Pacovski performed a good save on a fine header by Sciberras when served by Jamie Pace. The former Coventry and Barnsley striker then was unlucky to conclude a good move on the left flank with a diagonal shot which hit the foot of the post on 70 minutes. 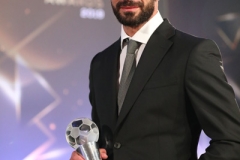 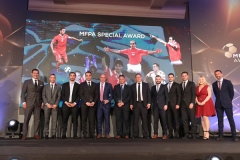 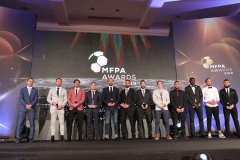