It was a fine performance by the Greens who created the best goal-scoring opportunities and controlled their opponents well throughout the ninety minutes.

On the other hand, for the Stripes, this was a most disappointing performance after an impressive 4-1 win over Sliema Wanderers in their first outing as although they did have more ball-possession, they only had a handful of shots at goal.

On the other hand, Birkirkara coach Paul Zammit was forced to make one change from the team which defeated Sliema as Manuel Bartolo replaced the injured Ezequiel Lovizon. Patrick Borg, Nikola Vukanac, Paul Fenech, Shaun Bajada and the injured Alan Tabone were once again missing for the Stripes.

Floriana had the first attempt at goal, going close with a Manolito Micallef header on the 4th. Birkirkara replied with a long-distance shot by Terence Vella which was saved by Floriana goalkeeper Lofti Saidi. Birkirkara then appealed for a penalty after Emiliano Lattes ended on the ground when tackled by Ivailo Sokolov on 17 minutes. A minute later, off a freekick by Lattes, Michael Galea’s header was somehow saved by the Floriana goalkeeper into a corner.

Christian Caruana missed an excellent chance for Floriana four minutes from the end of the first half when goalkeeper Manuel Bartolo rushed to the edge of the area but the Floriana striker concluded wide despite the unguarded net.

However one minute in added time, the Greens forged ahead when off a perfect pass by Ivan Woods, Michael Mecerod managed to beat goalkeeper Manuel Bartolo with a good shot from inside the area.

After the break, Birkirkara had more ball-possession but shots at goal were rare. On 64 minutes, Andrew Decesare tried his luck with a cross-shot from the left but Lofti Saidi saved.

Mecerod missed an incredible opportunity on 73 minutes when Ivan Woods provided him with an excellent pass on the left but the American striker all alone hit just wide from in front of the Birkirkara goalkeeper. Three minutes later, Mecerod released Ivan Woods on the right but there was no one to assist the former Sliema captain.

On 82 minutes, Woods served Pablo Doffo on the right but the latter’s long-distance effort hit the upright with Bartolo beaten.

In added time, a long-distance shot by Rowen Muscat was parried by Saidi and on the other side of the pitch, Woods released substitute Owen Bugeja but his diagonal shot ended wide.

But it was not over yet as four minutes in stoppage time, Floriana doubled the score as Bulgarian midfielder Kiril Dzhorov concluded a solo effort on the right with a rising shot which beat goalkeeper Manuel Bartolo. 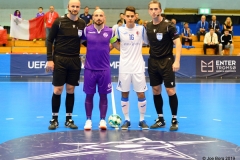 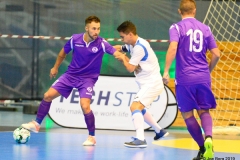 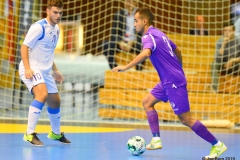 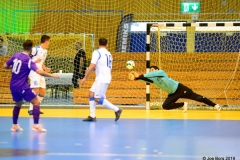 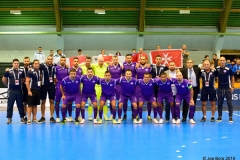