Qormi claimed their first three points as they defeated Vittoriosa Stars 4-2 in a clash between two teams who were seeking their first points after both suffered defeats last week.

Vittoriosa had a fine start but Qormi soon turned the score in their favour with three goals by the end of the first half. The Stars reduced the gap soon after the break but Stephen Azzopardi’s side sealed the issue with a late goal.

Making his debut for Qormi was Nigerian striker Abubakar Bello Osagie. Vittoriosa, on the other hand, lacked Carlos Emanuel Campagnoli and Stephen Wellman.

Qormi had the first attempt at goal when Kosta Bjedov had a close-range effort blocked by Justin Camilleri on the 9th.

The Stars, however, managed to take the lead on 16 minutes when following a fine run on the left flank, Jorge Santos Silva served the unmarked Anthony Ewurum who placed the back of the net.

Qormi replied with a rising shot by Kosta Bjedov which ended just wide on 23 minutes.

They levelled matters on 29 minutes when off a Joseph Farrugia freekick from the right, George Mallia headed the ball home past goalkeeper Simon Agius.

Six minutes later, Bello Osagie released Bjedov on the left and the latter’s fine shot was parried by the Vittoriosa goalkeeper.

The Yellow-Blacks forged ahead on 37 minutes thanks to a great freekick by Joseph Farrugia which gave goalkeeper Agius no chance.

On the other side of the pitch, on 39 minutes, a long-distance freekick by Edison Luis Dos Santos was neutralised by Matthew Farrugia. A minute later, a beautiful header by the same Brazilian midfielder hit the crossbar off a cross by Pierre Aquilina.

One minute from the end of the first half, another freekick by Joseph Farrugia was deflected into a corner and from the resulting freekick, the Qormi captain’s effort was parried by the Stars’ custodian.

But the first half was not over yet as one minute in added time, George Mallia increased the lead for Qormi as he headed the ball home past Agius following a Cleavon Frendo corner from the right.

Two minutes in the second half, Vittoriosa reduced the gap when off a perfect pass by Edison Luis Dos Santos from the left, Anthony Ewurum hit the ball home from close range.

Three minutes later, Joseph Farrugia tried his luck with another direct freekick, just missing the target. On the hour, Cleavon Frendo had a long-distance shot saved by the Vittoriosa goalkeeper. Vittoriosa replied with a powerful shot by Jorge Santos Silva from the right which was turned into a corner by Farrugia. From the resulting corner, the Brazilian striker had a close-range effort blocked by Bondin into another corner.

Qormi restored a two-goal lead nine minutes from time when Stefan Giglio sent Kosta Bjedov through on the left and the latter slammed the ball past goalkeeper Simon Agius.

Joseph Farrugia was voted BOV Player of the Match. 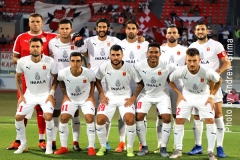 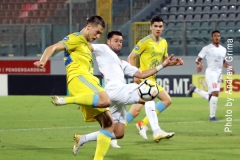 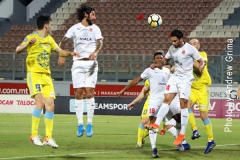 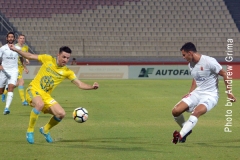 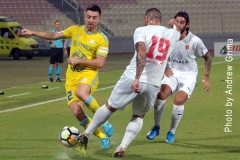 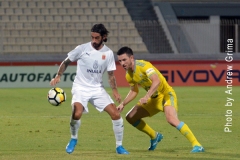 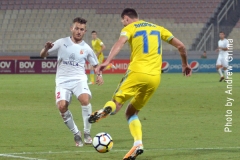 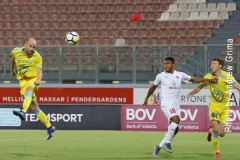