Champions Birkirkara returned to winning ways as they defeated Hibernians 2-1.

The latter held the initiative for long stretches but they failed to turn their superiority in goals. Birkirkara, who had goalkeeper Manuel Bartolo in excellent form, managed to take the lead just before half-time and although Hibs managed to equalise late in the game, the Yellows notched the winner on the 90th.

The Stripes lacked goalkeeper Ezequiel Lovizon, Michael Galea and Nikola Vukanac – the Serbian defender serving the third of a three-match ban. Patrick Borg, Shaun Bajada and Paul Fenech were back after missing the first two games through suspension. The Paolites, on the other hand, were in full strength.

The first goal scoring opportunity fell to the feet of Edward Herrera on the 4th minute whose close-range shot was parried by Manuel Bartolo. A minute later, Paul McManus concluded high off a cross by Herrera from the right. On the 19th, McManus anticipated Bartolo with a header but Patrick Borg came to the rescue clearing the ball off the goal-line.

Birkirkara replied with a Rowen Muscat solo effort, concluded with a shot from outside the area ending high on 23 minutes. On the other side of the pitch, a direct freekick by Andrew Cohen ended just wide on 33 minutes.

Four minutes from the end of the first half, following a cross from the right by Angus Buhagiar, there was a short clearance but Trevor Cilia’s effort, off the rebound, ended high. Three minutes later, Cohen hit the upright with a rising shot from the edge of the area.

Birkirkara managed to take the lead two minutes in added time when off a quickly-taken freekick, Terence Vella rounded a defender and with a beautiful rising shot, he managed to beat goalkeeper Mario Muscat.

Edward Herrera went close for Hibernians eight minutes in the second half with a fine shot from the right when served by Cohen. Then following a good run by Emiliano Lattes, he served Trevor Cilia whose conclusion was blocked by Matt Clarke. On 64 minutes, Shaun Bajada concluded a solo effort with a shot from inside the area which was parried by the Hibernians custodian. Muscat performed another good save on a Trevor Cilia header off a cross by Shaun Bajada from the left four minutes later.

Triston Caruana tried his luck with a long-distance shot on 69 minutes which was turned in style into a corner by Manuel Bartolo. Another conclusion by Herrera two minutes later was parried by the Birkirkara goalkeeper. A Triston Caruana freekick ended just over the bar on 74 minutes. Three minutes later, a rising shot by Andrew Cohen from the edge of the area was tipped into a corner by Bartolo.

Hibernians levelled matters five minutes from time thanks to a long-distance shot by Andrew Cohen which managed to beat goalkeeper Manuel Bartolo.

However Birkirkara regained the lead on the 90th when substitute Karl Pulo entered the penalty area from the left. His shot was blocked by Mario Muscat and off the rebound, the unmarked Emiliano Lattes placed the ball at the back of the net.

Manuel Bartolo was voted BOV Player of the Match. 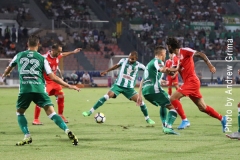 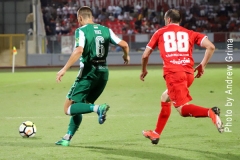 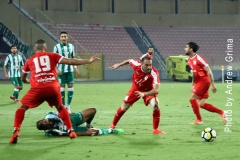 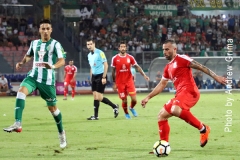 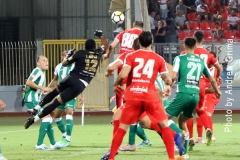 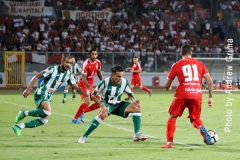 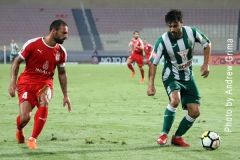