Valletta returned to victory thanks to a narrow 1-0 win over Qormi courtesy of a late goal by Terence Scerri.

The two teams shared the exchanges for long stretches, especially during the first half. Valletta created better chances in the second half, notching the winner seven minutes from time. However Qormi could consider themselves unlucky not to take home at least a point from the game, considering that this was probably their best performance so far.

Kevin Sammut and Joseph Okonkwo were included in the starting line-up for Valletta instead of Roderick Briffa and Dyson Falzon while Hojung Kang replaced Cleavon Frendo for Qormi. Briffa and Gilbert Agius were in fact missing for the Citizens.

The first half featured very few shots at goal. The best attempt occurred on 34 minutes when an angled shot by Denni Rocha Dos Santos from the right ended just wide. Then one minute from the end of the first half, a cross shot by Denni was neutralised by Matthew Farrugia.

The second half started with a great shot by Abubakar Bello-Osagie whose fine effort was turned into a corner by Andrew Hogg. On the 69th, Kosta Bjedov served Bello Osagie and the latter’s powerful shot was parried by Hogg.

On 74 minutes, off an Ian Zammit corner from the left, Dyson Falzon controlled the ball outside the area and unleashed a powerful shot which was neutralized by Matthew Farrugia.

Valletta managed to take the lead on 83 minutes when a shot by Kevin Sammut was blocked by a defender and off the rebound, Terence Scerri hit the ball home past goalkeeper Matthew Farrugia

On the 87th, Jason Vandelannoite went close with a header off a Joseph Farrugia freekick from the left but his attempt was blocked by Steve Borg. 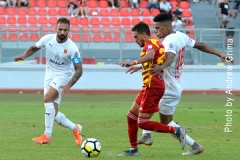 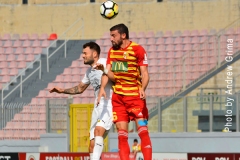 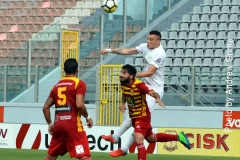 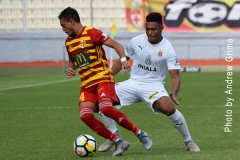 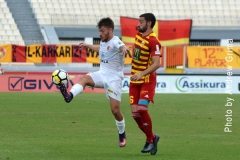 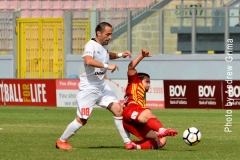 A goal by Ricardo Costa five minutes from time handed Tarxien Rainbows their first win and condemned newly-promoted Vittoriosa to their third defeat in as many games.

Vittoriosa had four changes from the team which lost to Qormi last week as Carl Sammut, Stephen Wellman, Jonathan Xerri and Carlos Campagnoli replaced Clayton Micallef, Pierre Aquilina, Dino Cachia and Kevin Mifsud. Campagnoli and Wellman had missed the last game – the former due to a one-match ban, the latter due to an injury.

The Rainbows, on the other hand, lacked once again Sergio Pacheco De Oliveira. Steven Sadowski, Luke Vella Critien and Gianluca Calabretta were named in the starting line-up as they replaced Manuel Caruana, Julian Vella and Ryan Grech.

Tarxien had an edge over their opponents during the first half but only went close with two shots Everton Antonio Pereira then had a long-distance shot ending high on 25 minutes. On the other side of the pitch, a diagonal shot by Jorge Santos Silva was parried by Curmi.

One minute later, following a cross by Anthony Ewurum from the right, Jorge Santos Silva served Edison Luis Dos Santos whose low shot was saved by the Tarxien goalkeeper. On the half-hour, following a cross by Calabretta from the left, Justin Grioli’s first-timer was blocked and off the rebound, Ricardo Costa’s header was tipped into a corner by Curmi.

Eleven minutes in the second half, Ricardo Costa went close for Tarxien with a rising shot from inside the area following a corner by Calabretta from the right. Jorge Santos Silva then tried his luck with a long-distance effort which ended wide on 68 minutes.

Tarxien had a golden opportunity to take the lead a minute later when they were awarded a penalty after Anthony Ewurum floored Ricardo Costa inside the area. However Cristiano Dos Santos Rodrigues’s effort from the penalty spot was parried by Simon Agius.

The VIttoriosa goalkeeper came to the rescue on 72 minutes, neutralising an Orosco Anonam header off a freekick by Sergio Hili from the right. Two minutes later, a diagonal shot by Cristiano from the left ended just wide.

Tarxien went close once again on 79 minutes with an Everton freekick which was partially saved by Simon Agius and off the rebound, Luke Vella Critien hit high.

The Rainbows managed to break the deadlock five minutes from time when Brazilian midfielder Ricardo Costa received a pass inside the area, pulled to the left, rounding a defender, and hit low past the Vittoriosa goalkeeper.

In stoppage time, Vittoriosa went close to equalising courtesy of a Costa header for what could had been a most unfortunate own goal. However the ball hit the upright before being cleared into safety.

Simon Agius was voted BOV Player of the Match. 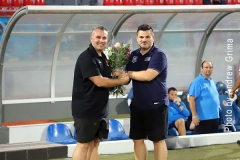 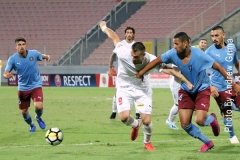 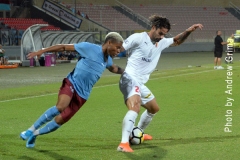 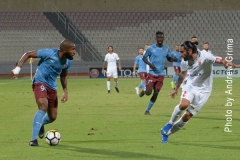 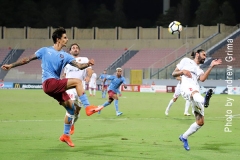 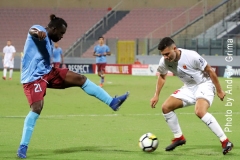 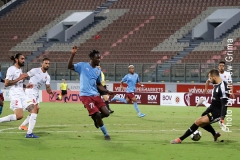 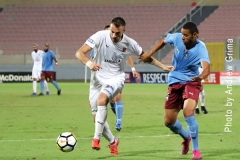 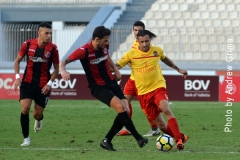 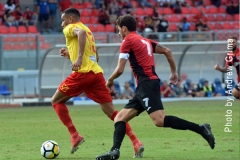 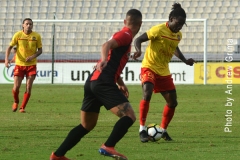 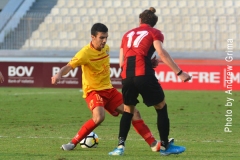 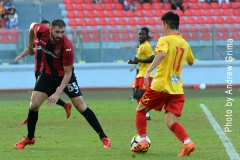 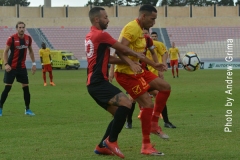 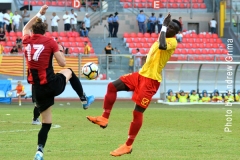