Under-17 side loses first game

The Malta Under-17 side lost 1-3 to the Republic of Ireland in a match from Group 4 of the UEFA Under-17 Championship qualifying round mini-tournament.

The Irish were dominant throughout the whole match and it was only the woodwork which stopped them from adding more goals.

James Murphy put the Irish ahead on 12 minutes when he fired the ball past goalkeeper Jurgen Borg after a misunderstanding between the Maltese defence. The locals were reduced to ten men on 65 minutes when Siraj Edin Arab received a second yellow card and a minute later, Michael Drennan doubled the score thanks to a direct freekick from the right.

Brandon Muscat reduced the gap for Malta with a well-taken freekick on 72 minutes but seven minutes later, Kealan Dillon sealed the issue with a third goal – a long range shot that left the Maltese goalkeeper helpless.

Malta plays its second game on Monday against Norway at 17:00. 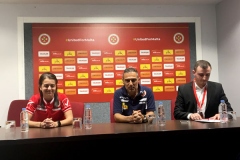 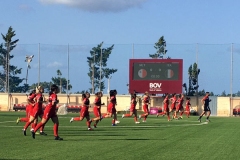 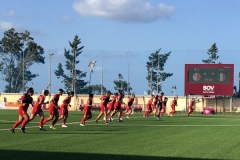 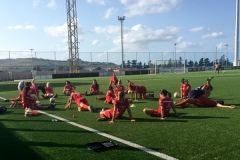 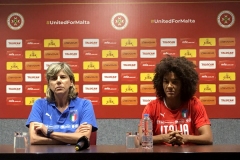 Meanwhile in another match, Norway defeated Albania 2-0 thanks to a brace by Veton Berisha.