The Wanderers welcomed back John Mintoff after he missed the last game through suspension. He made it to the starting line-up together with Julian Briffa, replacing Adam Spiteri and the injured Clayton Failla.

Serbian defender Jovan Vukanic was making his debut for Hamrun. His inclusion was the only change for the Spartans from the team which defeated Tarxien last week.

Hamrun had the first shot at goal on the 3rd minute when Dene Shields served Gaetan Spiteri whose conclusion from just outside the area ended wide. Two minutes later, a low shot by Marcelo Pereira from the right was neutralised by Sliema goalie Viktor Szentpeteri. Then following a good move by Marcelo Pereira, Gaetan Spiteri hit high from outside the area. On the 15th, following a corner from the right by James Paris, Mark Scerri’s close-range effort was blocked on the goal-line by Rupert Mangion

Sliema managed to take the lead on the 18th when former Hamrun striker Obinna Obiefule concluded a good move on the right with a low shot which beat goalkeeper Ivan Casha.

Hamrun replied with a Dene Shields effort ending wide following an inviting pass by Ryan Fenech from the left on 28 minutes. A David Camilleri freekick from the right was parried by Szentpeteri four minutes later.

Jackson Lima Sequeira went close to doubling the score for the Wanderers when he advanced on the right and tried his luck with a diagonal shot which scraped past the post on 36 minutes. A minute later, Obiefule anticipated Ivan Casha with a low shot from the left but his conclusion just missed the target. A cross shot by David Camilleri fro the left for Hamrun was neutralised by the Sliema goalkeeper on 41 minutes.

Hamrun levelled matters on 59 minutes when off a Ryan Fenech corner from the right, Massimo Grima beat Szentpeteri with a fine header.

A minute later, the Spartans went close once again with an angled shot by Ryan Fenech from the right but Clifford Gatt Baldacchino cleared the ball into safety. A Ryan Fenech freekick on 65 minutes hit the crossbar and off the rebound, Massimo Grima’s effort was parried by the Hungarian goalkeeper.

Sliema had a golden opportunity to regain the lead on 74 minutes when they were awarded a penalty after Obinna Obiefule was brought down inside the area. However Obiefule’s effort from the penalty spot hit the crossbar.

Sliema however made it 2-1 on the 80th when following a good move between Jackson Lima and Obinna Obiefule, substitute Jean Pierre Mifsud Triganza slotted the ball past Casha.

Hamrun were unlucky to hit the crossbar with a Martin Hrubsa header following a Mead Mifsud freekick on the 89th.

Hardly a minute later, Sliema sealed the issue with a third goal when off a swift counter-attack on the right, Miguel Ciantar served Jean Pierre Mifsud Triganza who tapped the ball home from close range. 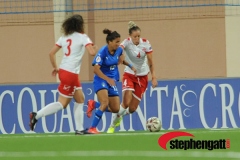 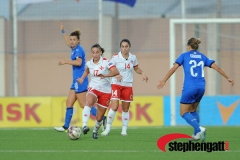 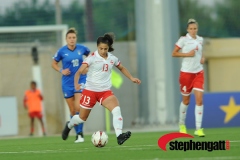 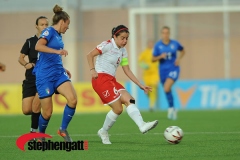 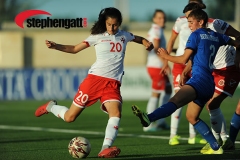 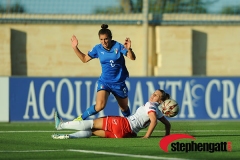