For Floriana, it was a disappointing performance after an impressive display in their last game against champions Birkirkara.

The Greens had three changes from the team which defeated Birkirkara as Sacha Borg, Ryan Darmanin and Pablo Doffo replaced Clyde Borg, Christian Caruana and the suspended Kiril Dzhorov. Marsaxlokk, on the other hand, had Martin Deanov and Alfred Effiong replacing Julio Alcorse and Dylan Kokavessis who started the game on the bench.

Floriana had the first attempt at goal on the 9th when Michael Mecerod concluded a solo effort with a shot from the edge of the area ending just wide. Three minutes later, a long-distance freekick by Martin Deanov was parried by Floriana goalkeeper Lofti Saidi.

On 32 minutes, following a cross from the left by Ruben Gravata Guerreiro, Alfred Effiong headed wide. A minute later, Reuben Gauci neutralised a direct freekick by Pablo Doffo. On the other side of the pitch, a cross shot by Deanov from the right was turned into a corner by Saidi. From the resulting corner, Carlo Mamo’s goal-bound header was blocked on the goal-line by Manolito Micallef.

On 63 minutes, Ivan Woods served Michael Mecerod on the right but the latter’s powerful shot was blocked by Reuben Gauci. Off the rebound, captain Manolito Micallef hit high from the edge of the area. Seven minutes later, on the other side of the pitch, a long-distance effort by Alfred Effiong ended just over the bar.

Eight minutes from time, Marsaxlokk were awarded a penalty after Sacha Borg brought Dylan Kokavessis down inside the area. From the penalty spot, substitutie Julio Cesar Alcorse converted.

Floriana replied with a Michael Mecerod effort which was blocked by Gauci on the 87th and off the rebound, Christian Caruana hit high.

Rumen Galabov was voted BOV Player of the Match. 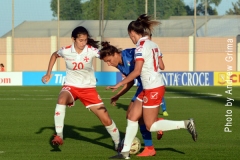 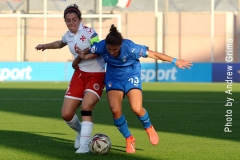 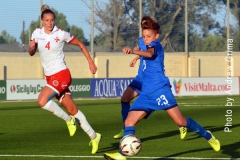 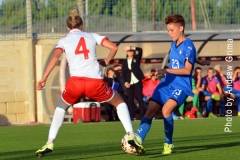 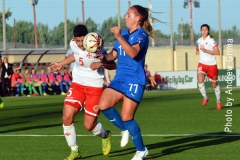 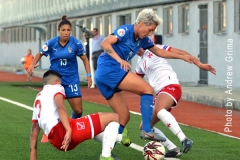 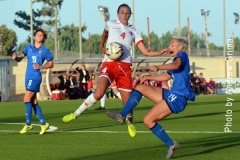